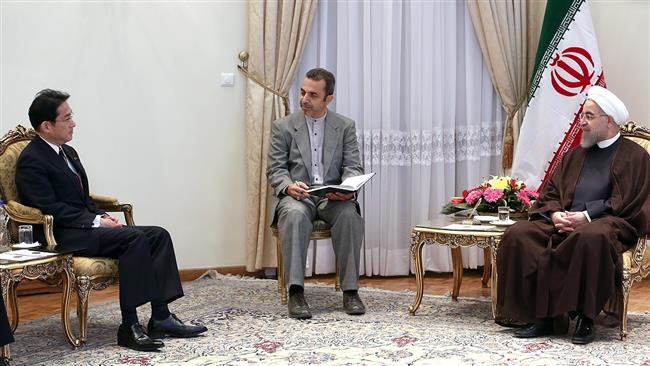 President Rouhani has said “very appropriate” grounds have been prepared for Iran and Japan to improve relations and to make up for previous shortcomings.

At a meeting with visiting Japanese Foreign Minister Fumio Kishida in Tehran Tuesday, President Rouhani said bilateral cooperation can reach an appropriate level given the political will of the two sides.

He said Tehran and Tokyo can cooperate in different sectors including energy, the environment, transportation, dam construction, culture and research.

Considering the existing capacities and the new circumstances, Iran and Japan should work for closer cooperation which will serve the two nations and the region, Rouhani said.

He added that the two countries can also make joint investment in the auto-making industry for the entire region, including the Central Asia and the Caucasus.

The Japanese foreign minister, for his part, said his country is determined to enhance relations with Iran in all fields, particularly economy.

He welcomed a landmark nuclear agreement reached between Iran and six world powers in July and expressed hope that Iran and Japan would make use of the opportunity created after the agreement to improve economic, political and cultural ties.