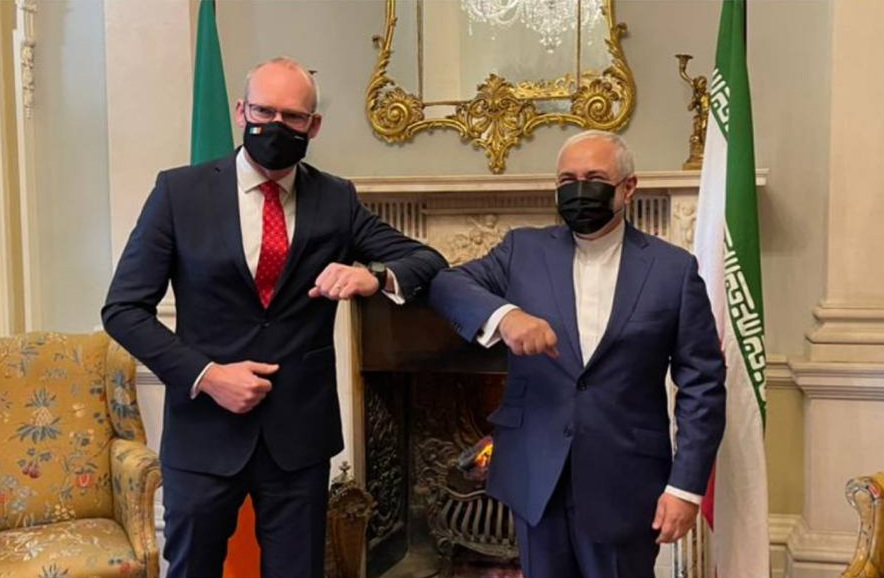 In this meeting, the Iranian Foreign Minister described as important the relations between the two countries, and welcomed Ireland’s measures to reopen its embassy in Tehran and send its ambassador to the Islamic Republic.

Zarif also expressed Tehran’s interest in continued political and economic consultations with Dublin, especially in the fields of agriculture, Information Technology (IT), and science and technology.

The Irish Foreign Minister, in turn, expressed his country’s interest in promoting its mutual cooperation with Iran and tapping into its capacity as a non-permanent member of the UN Security Council and a facilitator of the Security Council Resolution 2231 for expansion of collaborations.
The two foreign ministers also discussed the latest developments pertaining to the Vienna talks, the recent developments in Palestine, and Iran’s viewpoint regarding the holding of a referendum in the occupied Palestine, participated by all Palestinians of any faith and religion.

The developments in Yemen, Iraq, Afghanistan, Lebanon, Syria, and Karabakh as well as the issues related to the process of countering and treating the coronavirus and its vaccine were among other topics reviewed by Zarif and Coveney.