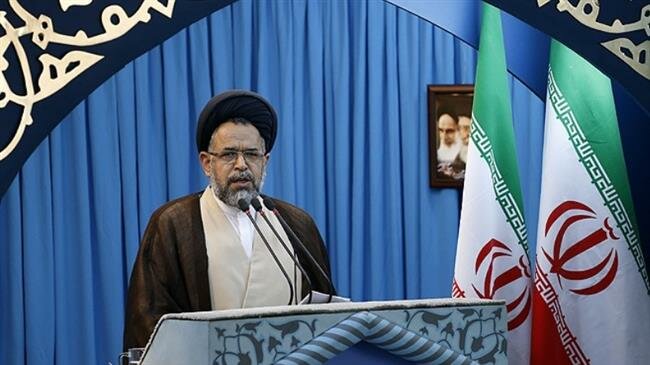 Iran has identified 290 CIA agents across different countries, forcing the US to form a special committee to reassess its cloak-and-dagger operations, Intelligence Minister Mahmoud Alavi says.

“CIA operatives in those countries were identified and arrested and the contacts of the US intelligence agency with its sources were disrupted in such a way that a committee to assess the failure was set up in America,” Alavi said during Friday prayers in Tehran.

The article claimed that Iranian intelligence had gained access to a secret CIA communications system, allowing Iranians to not only discover and detain US assets in the country, but also probably share key findings with Chinese and Russian authorities.

“When these types of compromises happen, it’s so dark and bad,” said a former official speaking to Yahoo.

“When this was going on, it was all that mattered,” said another former intelligence community official describing the gravity of the American intelligence setback.

CIA officials were consequently worried about the network “totally unwinding worldwide”, according to the article.

“Iran was aggressively going out to hunt systems down,” said one former official. “They weren’t just protecting themselves anymore.”

The Iranian minister added that the breakthrough comes as his ministry has shifted from focusing on defensive operations to conducting offensive counter-intelligence operations, some of which had even “expanded deep” into Israel.

“There was an outcry in Israel; some members of their cabinet were cooperating with the Intelligence Ministry of the Islamic Republic of Iran”, said Alavi.

Alavi went on to highlight some of the ministry’s other successful intelligence operations, saying that they had “traumatized” foreign services.

“In one of these cases, the Intelligence Ministry’s counter-espionage [force] successfully identified a company that was slipping defective parts into a sensitive center, neutralized it and discovered the defective parts,” he said.

The sabotage operation could have led to a “humanitarian catastrophe” if it wasn’t dealt with, Alavi said.

The Iranian intelligence chief added that as much as 114 Takfiri terrorist teams, 116 Mujahedin-e-Khalq Organization (MEK) teams, 44 teams seeking to overthrow the Iranian government and 380 drug smuggling teams had also been busted in the past year alone.

He added that the operations of 188 other groups were neutralized, including a recent case where four people were arrested southwest of the country along with 15,000 AK-47 rounds.

Iran has been successful in protecting itself from the spillover of terrorism and foreign-backed conflict — constant features of life in a number of regional countries — due to high vigilance by its intelligence and security forces.