Iran to Host Meeting of OIC Parliaments on Palestine 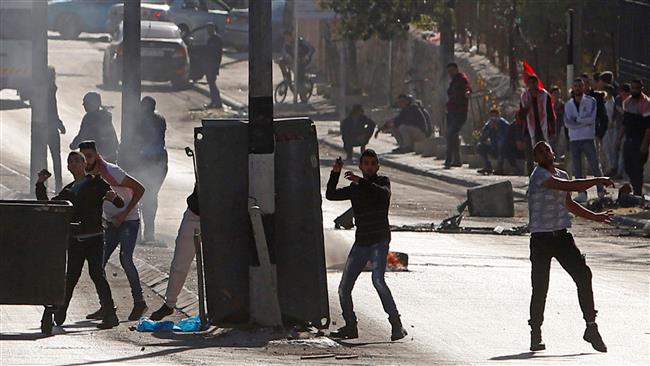 The Palestinian Committee of the Parliamentary Union of the Organization of Islamic Cooperation Member States (PUOICM) will hold an emergency meeting in the Iranian capital Tehran.

Participants at the Monday meeting are scheduled to discuss the latest developments in Palestine following US President Donald Trump’s decision to recognize Jerusalem al-Quds as Israel’s “capital.”

Iranian Parliament Speaker Ali Larijani will deliver a speech at the meeting.

On December 6, the US president defied global warnings and said Washington formally recognized Jerusalem al-Quds as the “capital” of Israel and would begin the process of moving its embassy to the occupied city, breaking with decades of American policy.

Trump’s declaration has sent shock waves throughout the Muslim world, and even prompted warnings from Washington’s allies in the West that it would bring more chaos to the region.

Representatives from 57 OIC members attended an urgent summit in Istanbul on December 13 on Washington’s contentious declaration on Jerusalem al-Quds.

Jerusalem al-Quds is under Israel’s control. The international community views the regime’s grip on the eastern part of the city, which came after the Six-Day War of 1967, as illegal, and urges talks to decide the fate of the entire city in any future peace deal.

Jerusalem al-Quds remains at the core of the Israeli–Palestinian conflict, with Palestinians hoping that the eastern part of the city would eventually serve as the capital of a future independent Palestinian state.