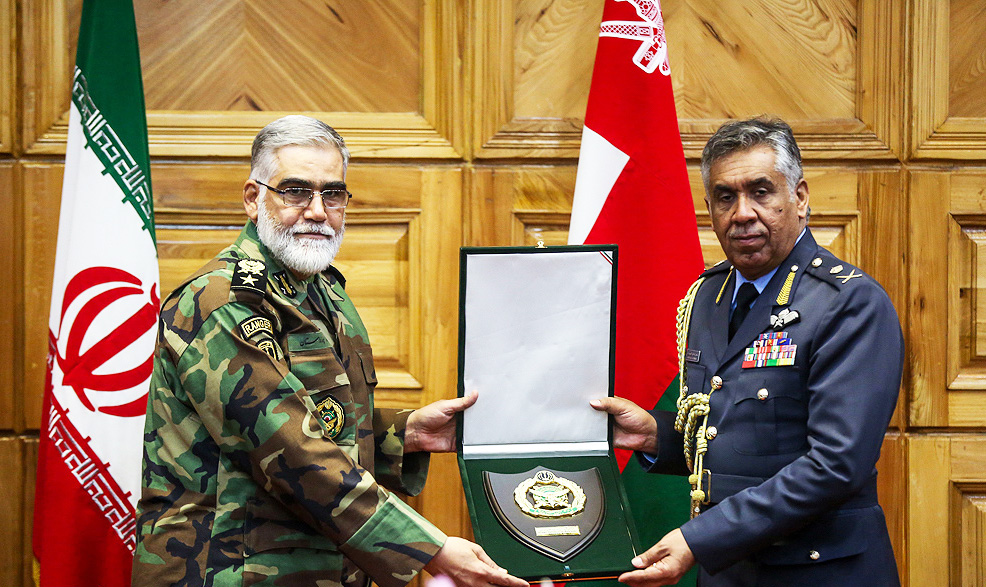 A senior Iranian commander has underlined the need for Iran and Oman to hold more joint military drills in line with efforts to promote bilateral cooperation.

“Mechanisms should be developed so that interaction and cooperation increase in fields such as holding joint ground, air and sea drills,” the second-in-command of the Iranian Army, Brigadier General Ahmad Reza Pourdastan, said on Wednesday.

He made the remarks during a meeting with an Omani delegation headed by the commander of the Royal Air Force of Oman (RAFO), Air Vice-Marshal Matar bin Ali al-Obaidani, in Tehran.

Pourdastan said Tehran and Muscat enjoyed close relations and expressed hope that the visit by the Omani delegation would pave the way for extensive and deep-rooted cooperation and interaction between the Armed Forces of Iran and Oman.

Elsewhere in his remarks, the Iranian commander praised the Islamic Republic’s defense capabilities, saying the country’s military might strips enemies of the courage to launch any act of military aggression against the country.

Pourdastan stressed that Iran’s military prowess was based on the doctrine of deterrence not aggression.

He also underscored the need for countries of the region to boost cooperation for the sake of regional security.

Regional countries, without the presence of foreigners, can address and resolve their problems and differences through dialogue and interaction, and they are capable of establishing peace in the region without any foreign assistance, he noted.