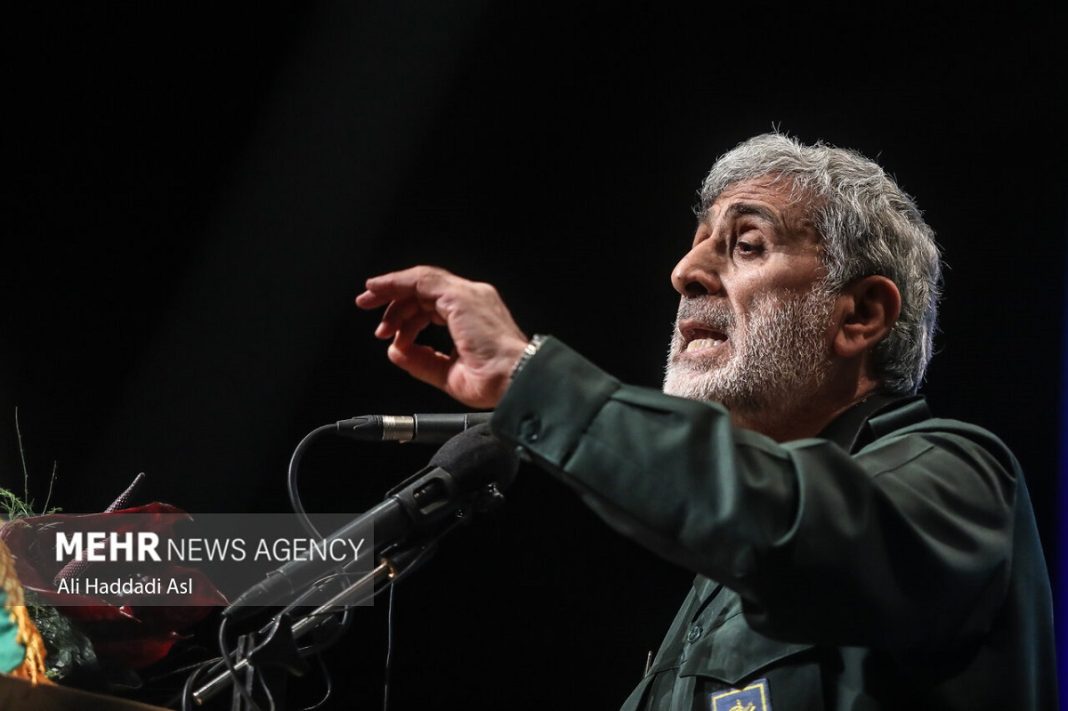 A senior commander of the Islamic Revolution Guards Corps (IRGC) says Iran possesses “definitive evidence” of the crimes perpetrated by the Saudi regime during its aggression against Yemen, advising Riyadh to end the war that will have no benefit for the kingdom.

Brigadier General Ismail Qa’ani, who commands the IRGC’s elite Quds Force, said Thursday that the “foolish” Saudi leaders should realize that they have only been suffering setbacks in their war on Yemen despite having all facilities at their disposal.

He said the Saudis need to pay heed to an advice by Leader of the Islamic Revolution Ayatollah Seyyed Ali Khamenei for them to end the aggression, instead of going ahead with the crime of destroying Yemen’s infrastructure.

“If there is any wisdom, they should end [the war] sooner,” he said.

Elsewhere, the commander delivered a stern warning to the regime in Israel, saying Iran will harshly respond to any threat from Tel Aviv wherever in the world that it sees necessary.

Qa’ani drew attention to the IRGC’s air raids on secret bases of the Mossad spy agency in Iraq’s semi-autonomous Kurdistan region last month and said even those living near the targeted site had no idea that it belonged to Israel.

“You had, however, been under our surveillance,” he said, addressing the Israelis. The senior military official said the collapse of the Israeli regime is approaching as time passes.

The shaky government in Tel Aviv, he said, will also speed up the occupying regime’s annihilation.

Qa’ani also praised the stepped-up Palestinian operations against Israelis in the heart of the occupied territories and said Iran has repeatedly warned Israel that it “supports anyone who fights against this criminal regime.”

“We are not sitting hand-tied ourselves. We take action wherever it is necessary,” he added