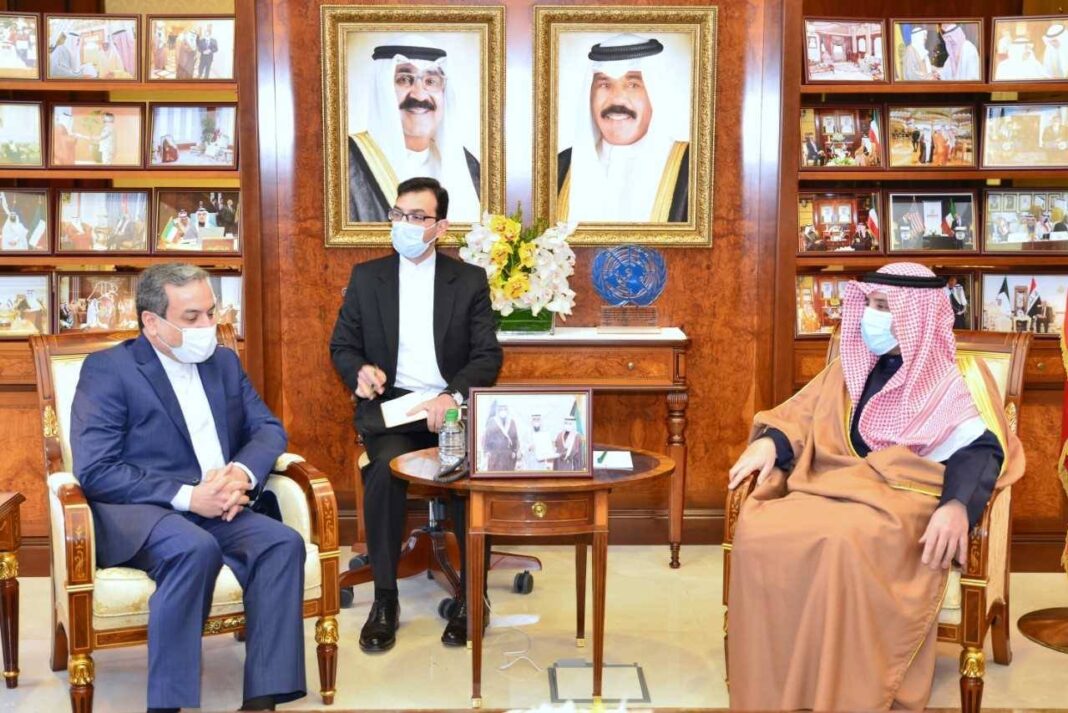 In the meeting, Araqchi praised Kuwait’s efforts to develop understanding and compromise among the Persian Gulf countries.

He also described dialogue and non-interference from the extra-regional countries as two main elements in collective security across the region.

Deputy Foreign Minister Araqchi then stressed the need for constant consultations between Iran and Kuwait on the bilateral and regional issues, expressing the Islamic Republic’s determination to strengthen ties with Kuwait and the other regional countries.

Considering the existing potential in the region, cooperation among the Persian Gulf countries in various fields could lead to a bright and promising future for the region, he noted.

The Iranian diplomat also emphasized that regional security and stability should be ensured by the region’s own countries, noting that it requires collective cooperation among the countries and non-interference from foreigners.

“From the viewpoint of the Islamic Republic of Iran, the Persian Gulf security is an issue relating only to the regional countries, and Iran is ready to hold talks only with the regional states about it,” Araqchi added.

Elaborating on the Islamic Republic of Iran’s policy on the possible return of the US to the JCPOA, Araqchi dismissed any negotiations about the JCPOA or the subject beyond the nuclear deal, but noted that discussions can be held on how the whole parties would resume implementing the JCPOA within the Group5+1 format.

“Firstly, the Islamic Republic of Iran will not hold talks with the 5+1 countries on any subject other than the way to implement the JCPOA, and, secondly, it (Iran) is ready to hold talks about the Persian Gulf security only with the regional countries and without any foreign interference,” Deputy Foreign Minister Araqchi stated.

For his part, the Kuwaiti Foreign Minister welcomed the continuation of consultations with Iran, describing dialogue and negotiations among the regional countries as the only appropriate solution to the disputes.