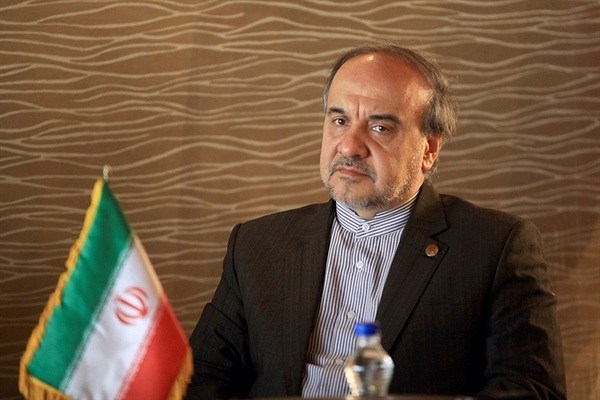 Iran Minister of Sport and Youth Masoud Soltanifar says the Asian Football Confederation’s decision to ban Iran from hosting football matches has been made under the influence of anti-Iran media, and that the Iranian government guarantees the security of football teams visiting Iran.

“Iran is a safe and sovereign country, and as was stated in the letter sent to you, we have no problem providing the security of air travels. Furthermore, I guarantee the security of the visiting teams,” said Soltanifar in a phone talk with the Chairman of AFC Salman bin Ibrahim al-Khalifa.

“It seems that the AFC executive committee is under the influence of media that have problems with Iran and we see in utter surprise such a behaviour towards one of the most popular teams in Asia,” he added.

The Chairman of the Asian Football has promised to reconsider the decision of the executive committee.

The dispute between Iran and AFC comes after a Ukrainian passenger plane was unintentionally downed by Iran’s Islamic Revolution Guards Corps, hours after the IRGC hit a US base in Iraq which it believed was the place where US agents planned the assassination of Iranian General Qassem Soleimani.

IRGC admitted to downing of the airliner after three days, and Iran let in expert delegations from Ukraine and Canada for further investigations.