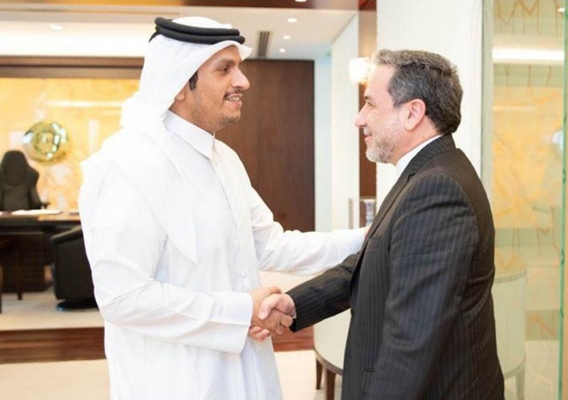 He made the remarks in a Tuesday meeting with Qatari Deputy Prime Minister and Foreign Minister Mohammed bin Abdulrahman Al Thani.

During the meeting, the Iranian official referred to the US policy of exerting maximum pressure and wage an economic war on the Islamic Republic and said full security cannot be established in the region unless the national security of all regional states is established and their economic interests are secured.

“The Islamic Republic has always played its role in establishing regional security, but the US, the Zionist regime and the states accompanying them must take responsibility for the repercussions of their acts in the region,” he said.

Araqchi once again ruled out the possibility of any negotiations with the US and underlined that the Islamic Republic gives priority to talks with the regional states.

“By establishing such mechanisms as the regional dialogue forum in the Persian Gulf and signing a non-aggression treaty, we can pave the way for confidence building and constructive interaction among regional states,” he said.

The Qatari official, in turn, welcomed mutual talks and meetings between the two countries’ officials.

He also expressed concern over the critical situation created in the region and called for continuation of negotiations between Iran and Qatar.