Iran Getting Close to South Korea Rather than North 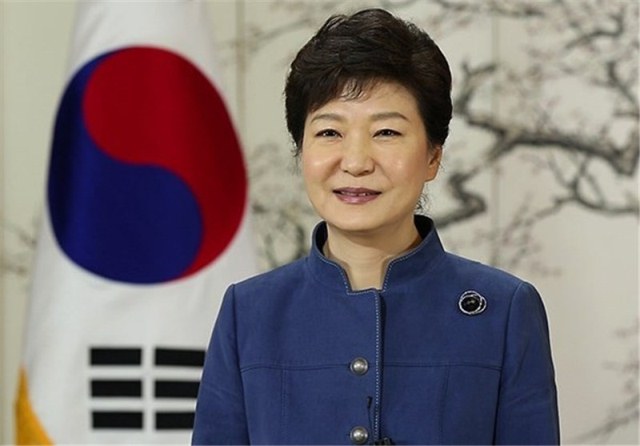 Ahead of the Sunday visit by the South Korean president to Iran, a comment published by Asr-e Iran hails the official visit, and describes it as an outcome of the nuclear deal.

An upcoming visit by South Korean President Park Geun-hye to Iran (May 1) is the topic of an opinion piece published by Asr-e Iran.  The author, Mehrdad Khadir, tries to use the distance between the two Koreas (North and South) as a yardstick to measure the distance between the pre-JCPOA (nuclear deal) and post-JCPOA eras in Iran. Khadir expresses satisfaction with the finalization of the nuclear deal between Tehran and world powers.

Here is the full text of the article, as translated by IFP.

The South Korean President’s upcoming visit to Tehran is both important and interesting in many regards. Park is the first South Korean president to visit Iran since the two sides commenced ties in 1962.

Meanwhile, her visit is regarded as the first by a female president of a non-Muslim state, and thus, many people are waiting to see how she will dress. In an earlier visit to a mosque in the UAE in March 2015, she wore traditional clothes and a veil to cover her hair.

Another interesting point about the South Korean head of state is that her father, General Park, ruled the country for 20 years. Those who prefer economic development to political development use her as an example to show that, for economic development to happen, powerful behaviour is needed first. The grounds should first be prepared, even if that means postponing the establishment of democracy.

In today’s world, however, South Korea is not known for President Park. It is instead known for such brands as Samsung, which has outperformed Apple, and Hyundai and Kia, both of which have been serious rivals to Japan’s Toyota.

The most important aspect of Park’s trip to Iran, however, is the huge value of contracts planned to be signed in her three-day visit. The deals will cover such fields as the construction of dams, railways, petrochemical facilities, hospitals, and other infrastructure projects, and are said to be worth $17bn.

We can better understand how huge the amount is when we look at how the volume of Iran’s trade exchange with Turkey was $22bn before sanctions and $11bn after them.

Many years back, the current First Vice-President Eshaq Jahangiri said the most important business street in Seoul is named Tehran. However, as the distance increased between the East Asian country’s economy and that of a war-stricken and sanctions-hit Iran, a number of proprietors and landlords in the street asked the mayor of Seoul to change the street’s name. This request was very bitter and weighty for Iranians.

As a matter of fact, Iran and Korea started working on many industries, including auto-manufacturing and home appliances, at the same time, but for a number of reasons beyond the scope of this article, the Koreans greatly outpaced Iran.

However, Koreans are very interested in developing their trade and economic ties with Iran because of their rivalry with Japan, as well as their previous experience of trade with Tehran. The South Korean president’s visit falls within this framework.

There are two points that should be considered in this regard:

One, we should remember that Park is the first South Korean President to visit Iran. The trip is an outcome of the JCPOA and termination of anti-Iran sanctions. If it was not for the JCPOA and sanctions were still in place, we would be hosting North Korea’s Kim instead of Park from the South!

To those who question what President Hassan Rouhani and the JCPOA have done, one could say that Iran is moving towards South Korea rather than North.

The second point is, that if the nuclear deal had not been finalized yet, we would be hosting the Venezuelan president, as well, in addition to tolerating the sanctions, isolation, censor, and corruption.

However, the successor of Hugo Chávez would not visit Iran to make $17bn of contracts, but to ask for donations to pull his country out of their current misery. In Chávez’s era, they splashed their petrodollars around, instead of investing in their infrastructure and power plants, and now they are faced with shortages of both power and water.

To sum up, if we are now receiving the South Korean president in the post-JCPOA era, we should not forget that we were preparing to host the leaders of Venezuela and North Korea before the removal of sanctions.

Naturally, we should maintain our ties with all countries. If anything, North Korea stood by us in the hard days of the Iraqi-imposed war, and now can help us in the military industry. However, even symbolically, having close ties with South Korea is not at all comparable with getting close to its northern neighbour. The same is true when you compare signing contracts with South Korean brands instead of negotiating with Venezuela’s Nicolas Máduro.

Even if Iran wants to help the Venezuelans, it should first shake up its closed economy before shaking hands with Máduro to please the soul of the late Chávez.