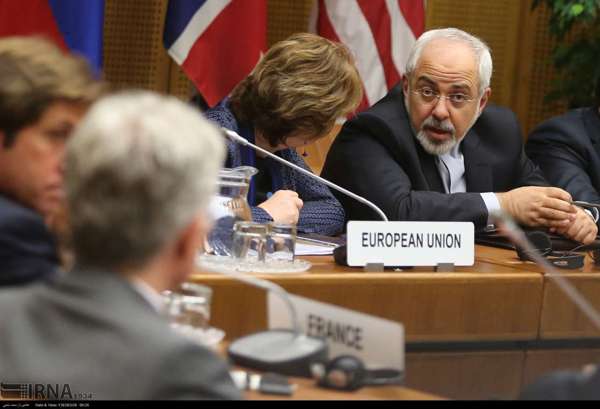 Iran and G5+1 had a hectic day on Monday with several bilateral and trilateral meetings being held between Iran and the different members of the Group 5+1 (the US, Russia, China, Britain and France plus Germany).

Expert teams of the seven nations are now in talks on technical issues.

Iranian Foreign Minister Mohammad Javad Zarif and his accompanying team of negotiators arrived in Vienna Monday morning to participate in the fifth round of talks between Tehran and the six major world powers in the Austrian capital from June 16-20.

The talks started by a working luncheon between Zarif and Ashton followed by a trilateral meeting with the US delegation.

Iran and the world powers have said that they are resolved to start drafting a long-awaited final deal in this round of talks.

In November 2013, Iran and the six world powers signed an interim nuclear deal in the Swiss city of Geneva that came into force on January 20. The deadline for attaining a final deal is July 20.