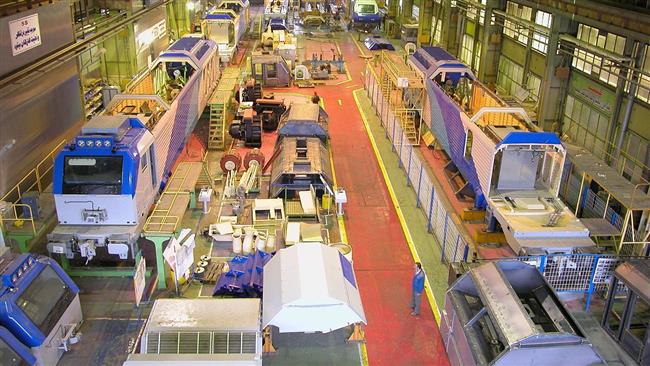 French transport company Alstom has signed a joint agreement for the construction of metro and suburban railroad cars in Iran.

The country has announced plans to splurge up to $25 billion over the next 10 years in the modernization and expansion of its railway network.

The deal, signed between Alstom, the Industrial Development and Renovation Organization of Iran (IDRO) and Iranian Rail Industries Development Co, is for investment, technology transfer, production and export, and maximum use of domestic capability.

According to Iranian Minister of Industry, Mines and Trade Mohammad Reza Nematzadeh, Alstom will hold 60 percent of the project, while each of the Iranian companies will invest 20 percent. The minister did not give the value of the deal.

The aim of the partnership is to develop a railroad car construction factory in the city of Abhar, 227 km to the west of Iran, where 1,000 wagon units are anticipated to be built, he said.

“Given the Alstom company’s major share in this contract, we also demand the export of wagons abroad, in addition to domestic supply,” Nematzadeh said.

“According to the agreement, the latest technology in the world will be coming to the country and in the first part of the cooperation, 2,000 metro rail carriages will be provided,” he added.

Nematzadeh said separate agreements will be signed with other companies for supply of components, including engines, rails, brakes and electrical systems.

“Due to the high domestic demand, the products are currently in order to supply the country and then export,” he said.

Earlier this month, the country signed a deal worth 1.2 billion euros with Italy’s state railway company Ferrovie dello Stato (FS) to build a high-speed railway between the central cities of Arak and Qom.

Iran itself has a sizable capacity for construction of railroad cars. Nematzadeh has already said Iran can produce five passenger train coaches and 3,000 freight wagons as well as 50-60 locomotives a year.

Much of Iran’s transportation is road-based marked by high accident and casualty rates. According to a 2012 report by the World Health Organization, Iran has the highest number of car accidents in the world in which more than 20,000 people are killed every year.

The country, with a population of 80 million, is also struggling to catch up with a runaway urbanization. Tehran and other major cities are aggressively developing a mass-transit system in which metro transportation plays a vital role.

Currently, Tehran has about 190 km of metro rail which ferries 3 million commuters every day. The network is being expanded and expected to reach 400 km when it is complete.

Connectivity is one of the key strengths of Iran, a vast country with a territory more than 1.6 million square kilometers. It is bounded by the Caspian Sea in the north and the Persian Gulf in the south, giving it a unique position to connect the countries of Asia and Europe.

Iran is a major partner in the International North-South Transportation Corridor (INSTC) project, stretching from Bandar Abbas in the Persian Gulf to Russia, Eurasia and Europe.