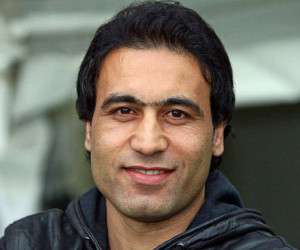 Iran's Football Federation has expressed support for former Team Melli captain Mehdi Mahdavikia who has been at the center of a controversy after he recently played in a friendly match wearing a shirt with small flags of all FIFA members, including Israel.

Iranian Football Federation Secretary General Hassan Kamranifar defended Mahdavikia on Wednesday, saying the former winger made millions of Iranians inside and outside the country happy by scoring a historic goal against the United States in the 1998 FIFA World Cup.

He explained that Mahdavikia, as a prominent footballer, was officially invited by President of the World Football Federation Gianni Infantino to play in the match between FIFA Arab Legends and FIFA World Legends on December 17.

The Iranian football federation secretary general said Mahdavikia was vigilant during the match and properly handled the issue, adding that the regulatory body of the Ministry of Sports and Youth has approved documentation proving Mahdavikia’s proper conduct during the contest.

“Mahdavikia, who lived in Germany, came forward voluntarily and took the helm of the national U23 team with the least possible resources and salary. We appreciate such assets. The federation supports football greats,” he added.

After the December 17 match, the former Team Melli captain was criticized by some figures and media outlets for playing in the contest. The criticism was dismissed by Mahdavikia’s former team-mates and current footballers, as well as many sports and media figures who argue that the match was not an official event.