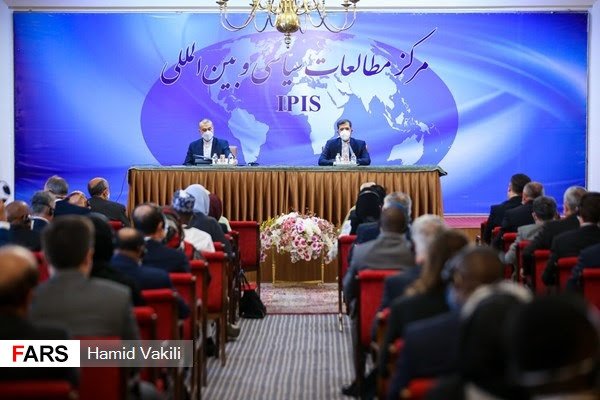 main culprit behind violating the agreement.
He was speaking on Monday at his first session with foreign ambassadors to Tehran.

The foreign minister however noted the European troika is also partly to blame for the situation of the deal also known as the JCPOA.

Amir Abdollahian said the European troika- Britain, France and Germany- failed in sticking by its side of the JCPOA and couldn’t prevent the US from violating the deal.

Referring to the stalled talks in Vienna over the Iran nuclear deal, he added that Tehran believes talks for talks’ sake will not be useful.

Amir Abdollahian described Iran’s foreign policy as balanced, active, dynamic and smart, adding Iran’s priority is its neighbors and Asia but it will expand ties with the rest of the world including Arab and Islamic countries, Africa, Latin America, Europe and the West. On Afghanistan, He said Iran is in touch with all countries involved and wants a broad-based government in Afghanistan with the participation of all Afghans.

He voiced concern over the developments in Afghanistan as well as the growth of terrorism and drug trafficking there.

The foreign minister also said the Islamic Republic is pursuing a program that aims to vaccinate more than 4 million Afghan refugees in Iran against Covid-19.