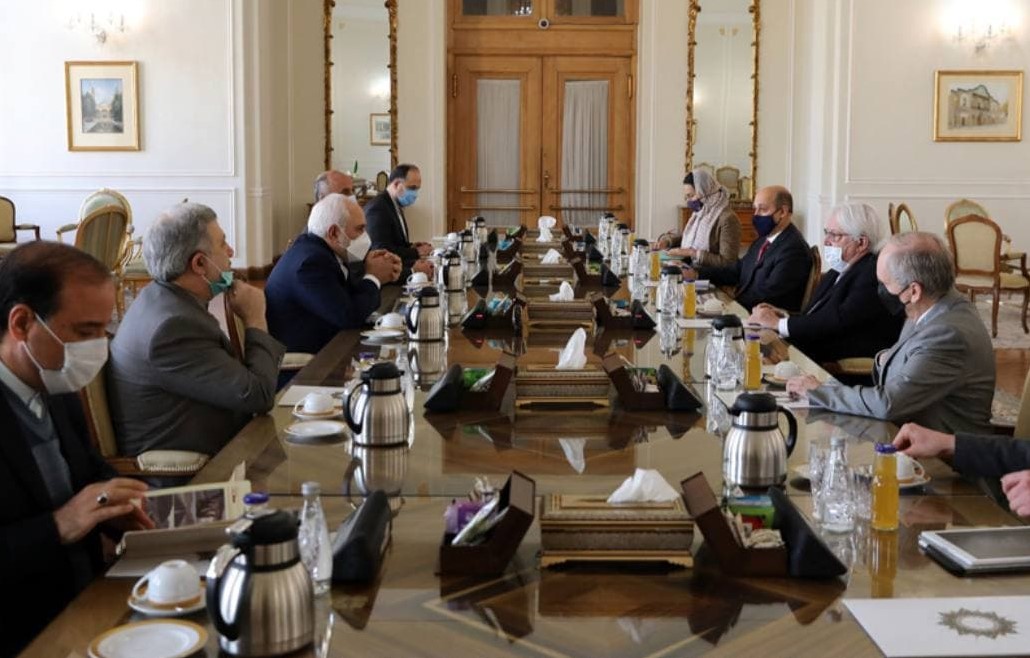 Iranian Foreign Minister Mohammad Javad Zarif and the UN Secretary General's Special Envoy for Yemen, Martin Griffiths, have exchanged views on various aspects of the Yemen crisis in a meeting in Tehran.

During the Monday talks, the two sides discussed the latest status of the Yemen crisis, and explored avenues to achieve peace and stability in the Arab country.

Foreign Minister Zarif highlighted the developments following the beginning of the Yemen crisis, especially the history of Iran’s moves and initiatives in these years through different channels, and elaborated on the Islamic Republic’s viewpoint regarding the need for ending this big humanitarian crisis in the region, and the necessity of mitigating the pains and problems of the deprived people of Yemen.

He also noted that a political solution, rather than an imposed war, is the only way to resolve the Yemen crisis.

The Iranian top diplomat said Tehran is fully prepared to support any effective role played by the UN in settling the crisis considering the very difficult conditions caused by the war and economic siege imposed on the people of Yemen.

The UN envoy, in turn, highlighted the importance of being aware of Iran’s views on the establishment of peace and calm in Yemen.

He also elaborated on the UN’s viewpoint on the settlement of the Yemen crisis through the establishment of a ceasefire, delivery of economic aid and resumption of political talks.