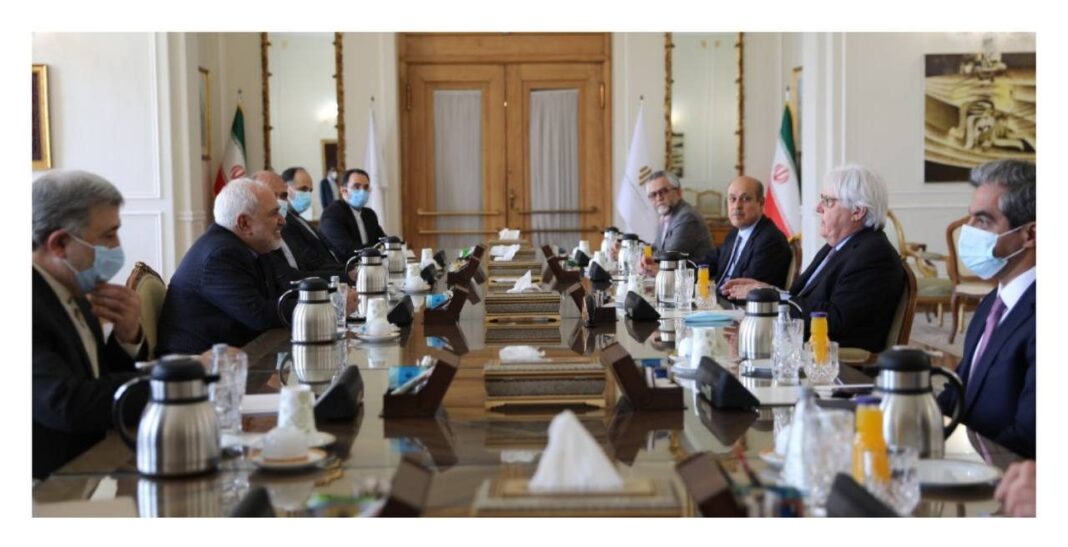 Martin Griffiths, the UN Secretary General's Special Envoy for Yemen, held talks with Iranian Foreign Minister Mohammad Javad Zarif on various aspects of the Yemen crisis and the ways to achieve peace and stability in the country.

In the Tuesday meeting, the Iranian Foreign Minister elaborated on Iran’s viewpoint on ending the Yemen crisis, the developments following the beginning of crisis in the country, and underlined the need for removing the blockade against the country and facilitating the delivery of humanitarian aid to the Yemeni people.

Foreign Minister Zarif expounded on Iran’s principled policy that war is not a solution to the Yemen crisis, and said the current disastrous situation in Yemen – which has put the Yemeni people on the verge of a humanitarian disaster after six years – can only be wound up through political talks and peaceful ways.

The UN envoy, in turn, briefed the Iranian Foreign Minister on the results of his negotiations with relevant bodies on the Yemen crisis.