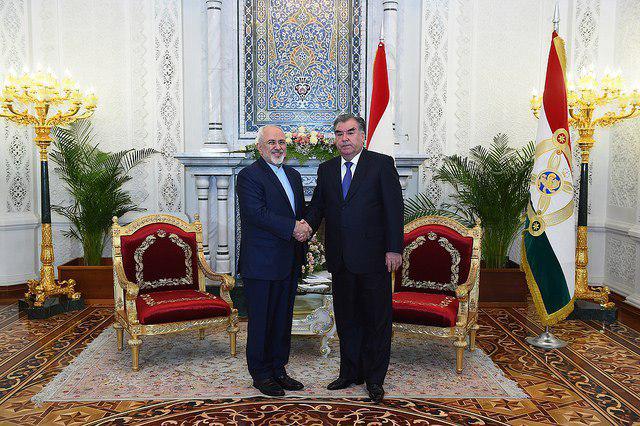 In the Monday meeting, the two sides exchanged views on bilateral, regional and international issues.

They also touched upon the numerous commonalities between the two countries and stressed the need to forge closer cooperation and relations in different political, economic cultural areas as well as energy and technology.

Accompanied by a political entourage, Zarif arrived in Dushanbe earlier in the day to attend the 23rd ECO Ministerial Meeting in the Tajik capital.

This is the second visit of Zarif to Tajikistan within the past few months.

In November 2017, the Iranian top diplomat had made a trip the central Asian country as the first of its kind in the past couple of years.