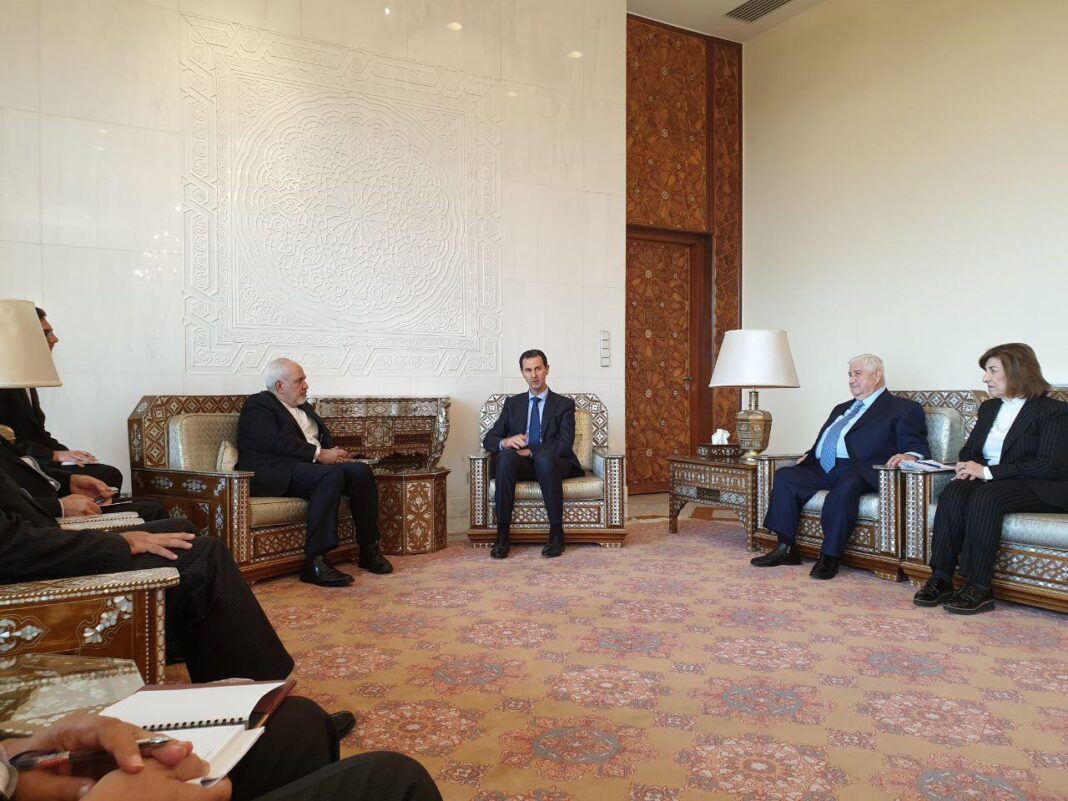 Iranian Foreign Minister Mohammad Javad Zarif, who is on an official visit to Syria, has sat for talks with Syrian President Bashar al-Assad.

During the Tuesday meeting, the two sides exchanged views on various aspects of mutual ties, the most significant regional issues, the latest development of Astana initiative and the political process to resolve the Syria crisis.

Following up on the agreements reached in the Iranian first vice-president’s visit to Syria was also among the main issues discussed in the meeting.

Iran’s top diplomat is in Syria for high-level talks with the country’s leaders. He is set to hold talks with Syria’s prime minister and foreign minister in his one-day trip.

Earlier in in the day, Zarif was welcomed at the airport by Syrian Deputy Foreign Minister Faisal Mekdad.