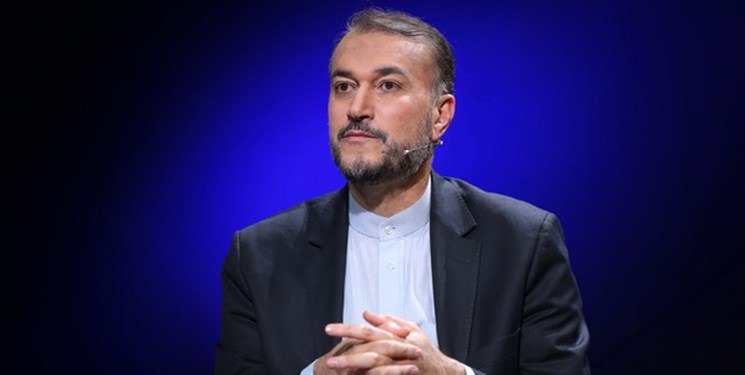 Iran’s Foreign Minister Hossein Amir Abdollahian says Tehran will not run from the negotiating table over its nuclear program, but this administration believes talks will be real only if they produce tangible results.

Amir Abdollahian dismissed the US recent threats against Iran over the nuclear negotiations, and said, “They’re like ‘our offer will not remain on the table forever’ and ‘if Iran does not negotiate, we have other options’. Such statements are old and tiresome. I told the European negotiators very clearly that the US must talk to the Iranian people politely, or their threats will yield them nothing”.

He also also brushed off foreign criticism of his move to stand in a place reserved for officials for a photo-op at the Baghdad summit.

Amir Abdollahian said he stood in Iran’s rightful place. Reports from the Saturday summit say the Iranian foreign minister skipped his Saudi counterpart and stood there, which made the UAE’s diplomat unhappy.

The foreign minister noted that he exchanged pleasantries with the Saudi FM, saying Faisal bin Farhan Al Saud told him Riyadh was waiting to hold talks with the new Iranian administration.

Amir Abdollahian added that French President Emmanuel Macron also asked for negotiations with him in Paris.

He spoke of the 25-year treaty between Iran and China, saying the deal is on top of Iran’s agenda and Tehran will seriously pursue the matter.

The foreign minister underlined that Iran considers striking similar agreements with Russia and India given their capacities.

On the upcoming Shanghai summit, Amir Abdollahian described the Shanghai Cooperation Organization as a huge capacity as it involves a population of 2.6 billion.

He said Iran, as an observer member of the organization, is making arrangements for President Ebrahim Raisi to attend the summit. He added that some good developments are going to happen at the summit as it’s the organization’s policy to expand economic cooperation with all members.

He also turned to Afghanistan, saying the US is to blame for all the problems in the country. The Islamic Republic supports a stable Afghanistan where people live in peace alongside neighbors.

He said that Afghanistan’s future must be decided by its own people, adding Iran is consulting with other countries like Pakistan over how to improve the situation in Afghanistan.