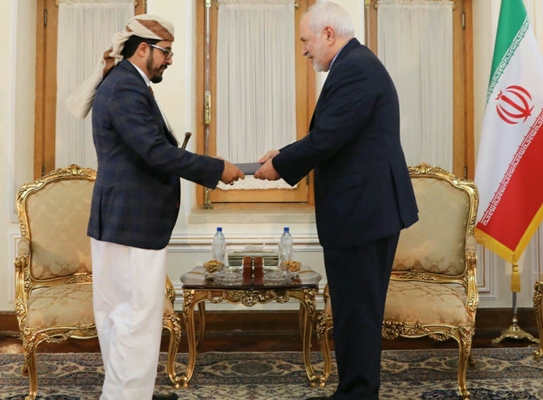 In the meeting, the Yemeni envoy handed over a copy of his credentials to the Iranian top diplomat.

Houthi Ansarullah Movement has appointed al-Dailami to the post in order to boost ties between Yemen and Iran, the group’s chief Abdulmalik al-Houthi said on TV a few days ago.

Al-Houthi said the relationship with Tehran will be better than it was in the past as it’s based on “brotherhood and mutual causes,” such as the Palestinian issue.

Yemen is under a devastating war launched by a Saudi-led coalition in 2015 with the aim of restoring power to fugitive president Abd Rabbuh Mansur Hadi.

The former government of Hadi had suspended diplomatic relations with Tehran in October 2015, accusing Iran of backing the Ansarullah movement.