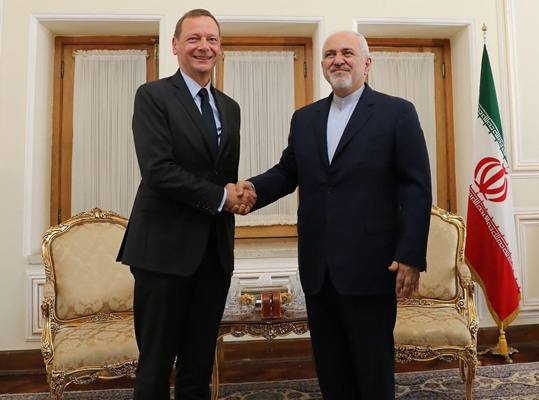 During the Wednesday meeting in Tehran, the two sides conferred on international issues and the latest developments in bilateral ties between Tehran and Paris.

In that meeting, the French diplomat said President Emmanuel Macron is looking for joint initiatives to secure a ceasefire in Washington’s economic war against the Islamic Republic.