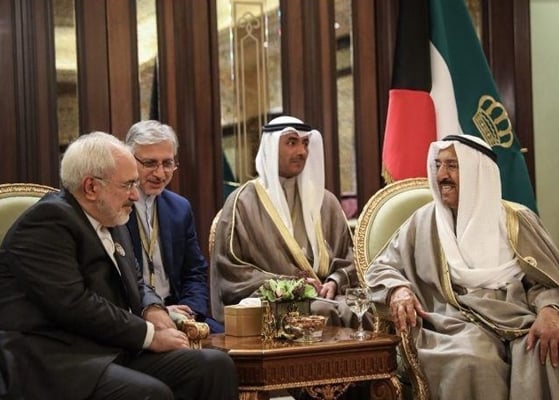 During the Wednesday talks, the Kuwaiti Emir said the Islamic Republic of Iran plays a key role in fighting the ISIS terror group and contributing to Iraq’s stability and economic development, and appreciated Iran’s assistance.

The Kuwaiti leader also expressed hope that all the problems and differences between Middle Eastern countries will be resolved through prudence and dialogue among regional states.

Zarif, in turn, hailed efforts made by the Kuwaiti Emir to mediate in the current crises in the region, and expressed hope those attempts will bear fruit.

The two sides also stressed the need to enhance mutual relations and increase contacts between top officials of both countries.

The meeting was held during the top Iranian diplomat’s stay in Kuwait to attend an international conference on the reconstruction of Iraq.