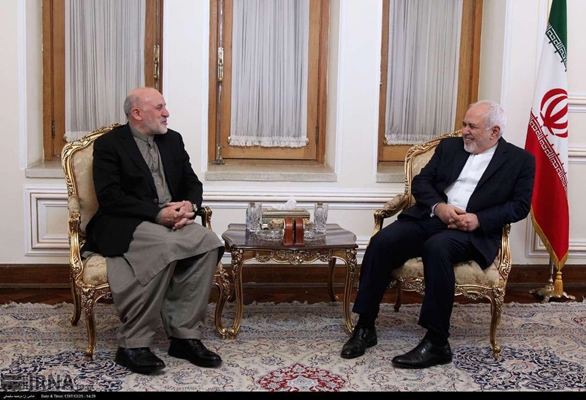 During the Saturday meeting, the Iranian top diplomat underlined the importance of peace and stability in Afghanistan.

“The Islamic Republic has always maintained it is the Afghan people who should have the final say in all their affairs,” Zarif said.

“That’s why Iran believes the government of Afghanistan, as the representative of Afghan people, must make the decisions,” he said, adding that Iran has always sought to help the Afghan government and nation

For his part, Daudzai elaborated on the latest developments in Afghanistan’s peace talks and said in his country, any peace talks should be held by the Afghan government.

He also extended gratitude to the Islamic Republic for its sympathetic and positive stances towards Afghanistan.

The two sides also exchanged views on ways to strengthen and deepen mutual cooperation between Iran and Afghanistan in various areas.