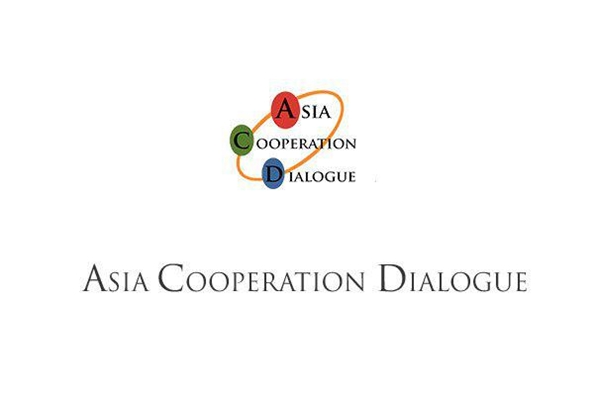 The high-level meeting started on Tuesday, April 30, and will run until Thursday.

Qatar’s Foreign Minister Sheikh Mohamed bin Abdulrahman al-Thani has tweeted that the country’s priority during its presidency over the ACD meeting will be to reach an Asian consensus, enhance co-operation, develop mechanisms for joint work, and strengthen economic and commerce ties.

He added that enhancing understanding and economic integration in all fields will help advance joint work to higher levels.

The top diplomat said Qatar encourages the deepening of trade and economic partnerships and enhancing the economic competitiveness of Asian countries in global markets, particularly as the Asian continent has all the capabilities required to push the development of human resources and economic wealth.

The Asian Co-operation Dialogue was established in 2001 and has 34 member countries. Its first meeting was held in Thailand in 2002 with the participation of 18 Asian founding countries.

In 2006, Qatar hosted the fifth meeting. The Doha Declaration included a number of decisions, such as the establishment of an Energy Forum for cooperation under the framework of the ACD, the need for Asia to make productive use of its core savings, including financial returns from the energy trade to benefit the region, and the need for the successful implementation of the e-University project as a tool for building human capacity, closing the digital divide and increasing access to higher education.

Among the main objectives of the ACD are to promote interdependence among Asian countries in all areas of co-operation by identifying Asia’s common strengths and opportunities which will help reduce poverty and improve the quality of life for Asian people whilst developing a knowledge-based society within Asia and enhancing community and people empowerment, expand the trade and financial market within Asia and increase the bargaining power of Asian countries.

Ultimately it aims to transform the Asian continent into an Asian Community, capable of interacting with the rest of the world on a more equal footing and contributing more positively towards mutual peace and prosperity.