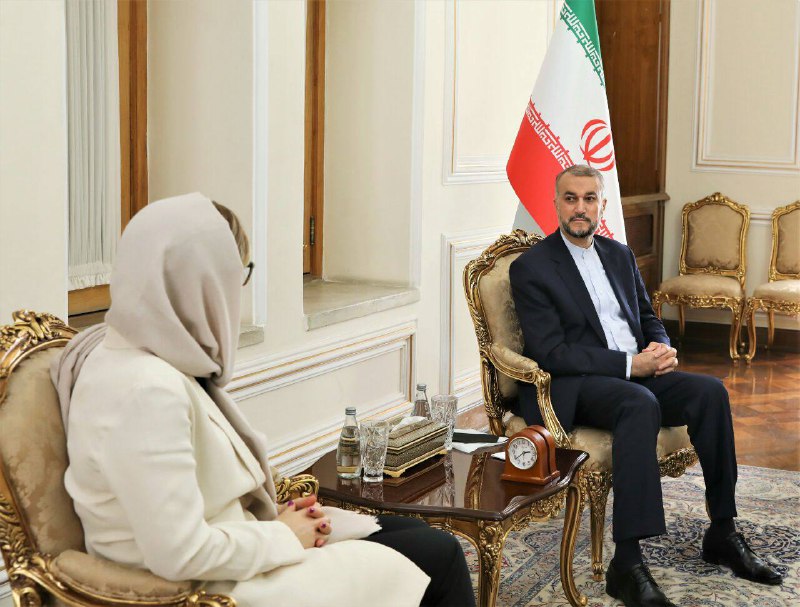 The Iranian foreign minister has called for the increase in trade ties between the Islamic republic and Bulgaria. Hossein Amir Abdollahian, raised the issue in a meeting with Ms. Velislava Petrova, Bulgaria’s Deputy Foreign Minister in Tehran on Sunday.

Velislava Petrova, Bulgaria’s Deputy Foreign Minister, is in Tehran to attend the third round of political consultations between the two sides.

The top Iranian diplomat in the meeting expressed pleasure at an increase in trade between Iran and Bulgarian over the past year but said it was not commensurate with the economic possibilities of the two countries.

Amir Abdollahian then referred to areas of cooperation in the fields of energy, transit and transportation of goods and foodstuffs, underlining the need to make more efforts to expand trade cooperation.

Amir Abdollahian also spoke about important regional issues, especially the Ukraine crisis. He expressed hope that the Ukraine war will come to an end as swiftly as possible.

The sanctions removal talks and also Iran’s determination to reach a good deal in Vienna were other issues the Iranian foreign minister raised in the meeting.

Bulgaria’s deputy foreign minister also in the meeting pointed to her constructive talks with her Iranian counterpart.

She noted that diplomatic efforts to reach an agreement in the nuclear talks in Vienna will serve the interests of all sides.