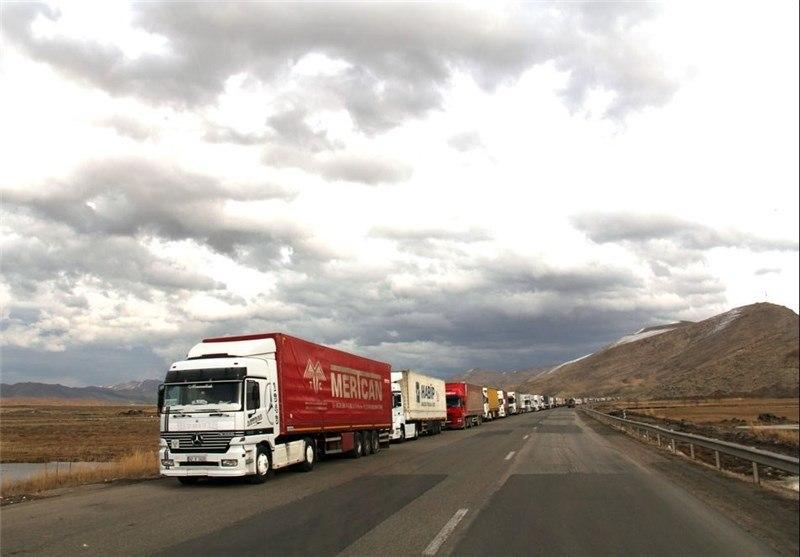 Spokesperson for the Ministry of Foreign Affairs of the Islamic Republic of Iran Seyyed Abbas Mousavi says the Ministry has launched efforts to settle the problems that Iranian truck drivers may be facing in the other countries, as in Europe.

Asked by reporters about a viral video showing the Iranian trucks stranded at the borders of Romania, Bulgaria and Turkey, the Foreign Ministry spokesman said on Sunday, “In the wake of the outbreak of coronavirus in the world, Europe has now emerged as an epicentre of the disease, and strict regulations have been introduced along the borders of the European countries, which also apply to the European citizens.”

“Considering such circumstances, our Embassies in Europe and in all regional countries and neighbours have been active and on the alert since a month ago, and have even presented experts with definite telephone numbers (to answer the calls) round the clock to pursue the cases.”

“Specifically about those trucks, consultations have been in progress both at the Ministry of Foreign Affairs Headquarters and at the Embassies until this morning immediately after receiving information about their (trucks’) exact location, and consultations have been made with the customs authorities of Romania, Bulgaria and Turkey to facilitate the movement of them (the trucks),” Mousavi said.

“In addition, queues of trucks belonging to various countries have been formed for kilometers at the border crossings of those countries,” he added.

The telephone numbers of the experts on call to provide service at the consular department of the Ministry of Foreign Affairs is:

The telephone numbers of the experts on call at the Iranian Embassies are as follows:

The experts are ready to answer the calls round the clock.