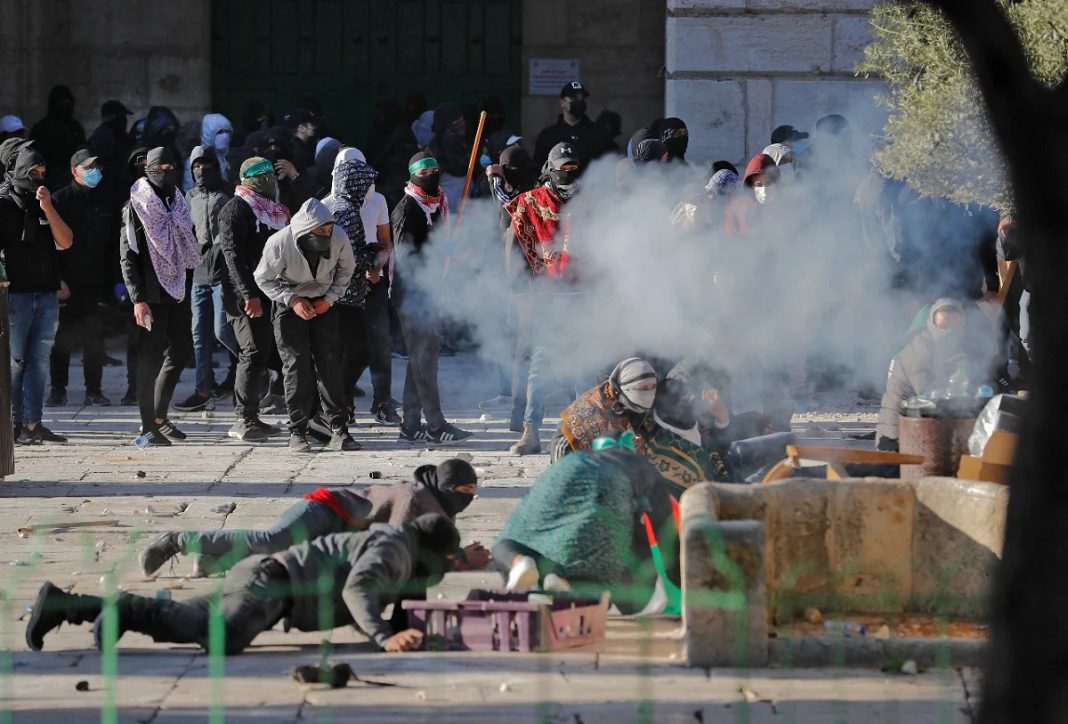 ran’s Foreign Minister Hossein Amir Abdollahian says the Zionist regime’s aggression against Palestinian worshippers and the desecration of al-Aqsa Mosque are among the bad results of normalization of ties between some Islamic Arab countries and Israel.

Amir Abdollahian, in a phone conversation with Ismail Haniyeh the leader of the Political Bureau of the Islamic resistance movement Hamas, added what happened in al-Aqsa Mosque shows that the resistance of the heroic and brave people of Palestine is alive and thriving and that the Zionists are desperate.

He paid tribute to all martyrs of Palestine and resistance and strongly condemned the desecration of the holy site of al-Aqsa Mosque by the Zionist regime.

The Iranian foreign minister said undoubtedly, the Zionist regime has weakened to an extent that it can no longer withstand the uprising of the Palestinian people and resistance.

He added that the Islamic Republic of Iran supports the formation of an inclusive Palestinian government in all of the land of Palestine with the holy city of al-Quds as its capital.

Amir Abdollahian underlined that a nation who is heroically defending their dignity and the honor of the Muslim ummah must be defended, not the usurpers of the holy city of al-Quds and the Palestinians’ motherland.