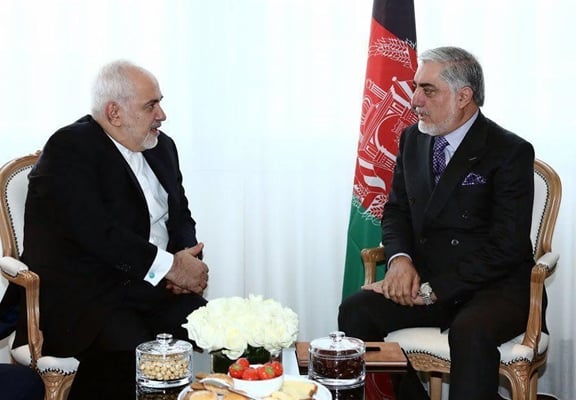 During the meeting held on the sidelines of the Geneva Conference on Afghanistan, the two sides exchanged views on the agenda of the Conference and the latest developments in Afghanistan including the peace process and fight against terrorism in the country.

They also talked about various issues in bilateral relations between Tehran and Kabul.

Organized by the UN and the government of Afghanistan, the Geneva Conference kicked off earlier Tuesday with high-ranking officials from over 60 countries as well as a large number of representatives from international bodies in attendance.

The two-day conference is expected to evaluate whether or not strategies and aid offered by others to Afghanistan to resolve the crisis in the country can pave the way for the withdrawal of foreign troops.