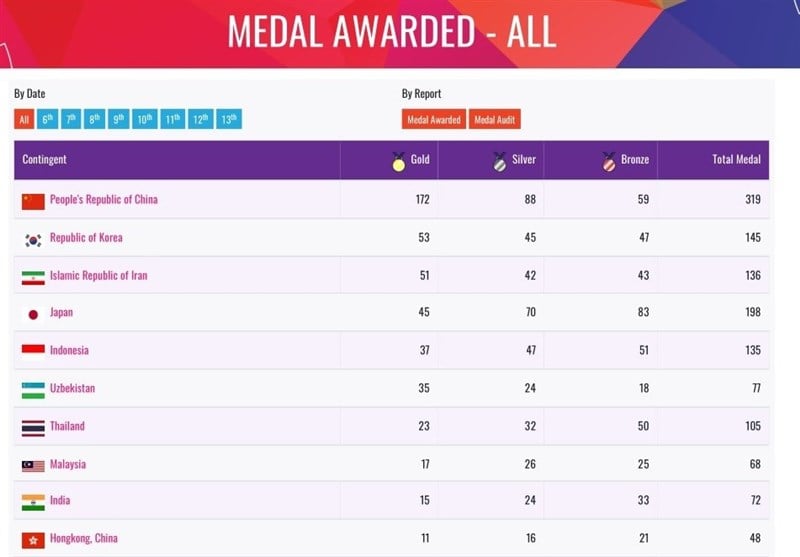 The Iranian delegation finished in third place in the third edition of the Asian Para Games concluded on Saturday.

The Iranian athletes claimed 51 gold, 42 silver and 43 bronze medals in the Games.

Continental giant China was at the top of the pecking order with 172 gold, 88 silver and 59 bronze followed by South Korea (53 gold, 25 silver and 47 bronze).

Iran participated in the Games with 209 athletes, 136 men and 73 women competed in 13 disciplines.

Iran finished in fourth place in the past two editions in Guangzhou (2010) and Incheon (2014).

The 2018 Asian Para Games were held from October 6th to 13th at the Bung Karno Sports Complex in the capital city of Jakarta.