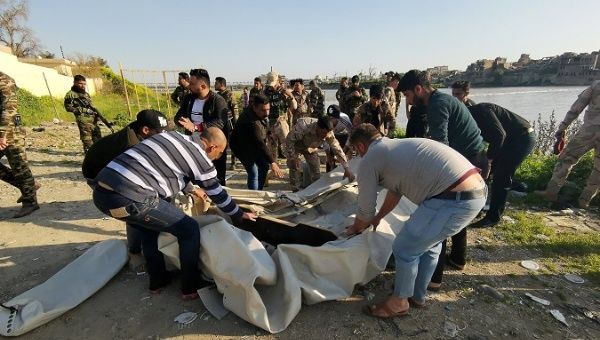 Iranian Foreign Ministry Spokesman Bahram Qassemi has expressed deep regret over the deadly sinking of a ferry in Iraq's Tigris River, in which tens of people, mostly women and children, drowned.

In a Thursday statement, Qassemi sympathized with the Iraqi nation and government, and offered condolences to the families of the victims of the tragic incident.

Scores of people died after a ferry carrying families celebrating the Nowruz holiday capsized in the Tigris River near the Iraqi city of Mosul, according to officials.

In a visit to the site of the accident on Thursday, Iraqi Prime Minister Adel Abdul-Mahdi ordered an inquiry and said those responsible would be held accountable.

Major General Saad Maan, a spokesman for the interior ministry, said at least 71 people were killed in Thursday’s accident.

The Associated Press cited a Iraqi health official as putting the number of fatalities at 83.

Another 55 people, including 19 children, were rescued.