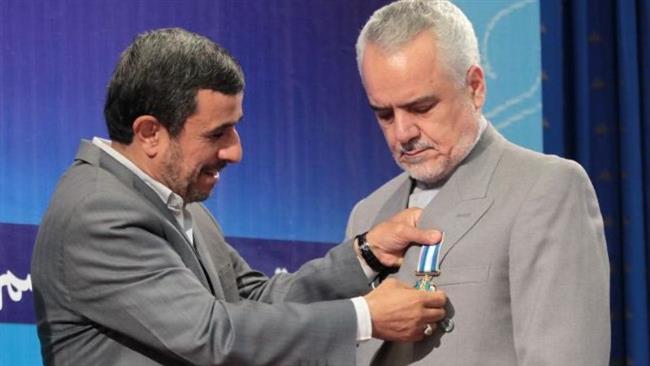 A former Iranian vice president has hit back at Mahmoud Ahmadinejad for not supporting him in a corruption case.

A court of first instance had initially handed down a 15-year prison sentence to Rahimi, but the Supreme Court commuted the term.

Following the court verdict, Ahmadinejad issued a statement saying the charges against Rahimi had nothing to do with the previous administration as the accusations date back to the time before Rahimi was appointed as first vice-president.

In a letter issued on Tuesday, Rahimi reacted to Ahmadinejad’s “equivocal” statement, criticizing the former president for turning his back on his deputy.

Rahimi said that he maintained friendship with former president for years, stressing that their differences of opinions over certain issues did not have an impact on their long-term friendship.

He said that he did his utmost to fulfill his duties and worked hard to improve relations between Ahmadinejad’s administration and the Iranian Parliament (Majlis).

Rahimi said that he was unwilling to take over as vice president due to certain “political grudges” aimed at tarnishing his reputation, and that he was appointed to the position despite his reluctance.

Rahimi said he expected Ahmadinejad to confirm that his deputy has “not betrayed the public purse.”

Rahimi also said that he is paying the price for the two-time former president’s “stubbornness” and his acts to tarnish others’ image, vowing to press ahead with his efforts to restore his reputation and prove his innocence.