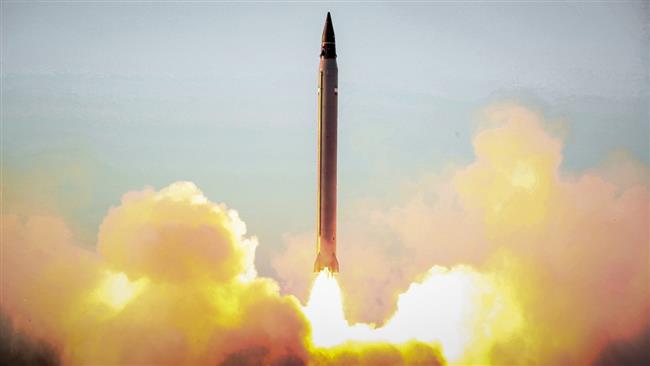 Iranian officials have lined up to underline the country’s push to buttress missile capabilities after reports that the US administration planned new sanctions on the Islamic Republic in spite of a nuclear accord.

Dehqan’s remarks came in response to President Hassan Rouhani’s letter, ordering stepped-up production of missiles after reports that the US was preparing fresh sanctions on international companies and individuals in Iran.

“In view of America’s recent hostile steps and the esteemed President (Hassan Rouhani)’s emphasis, we will increase the speed and scope of our missile capabilities,” Dehqan said.

US officials claim the new sanctions are in line with the Joint Comprehensive Plan of Action (JCPOA), the nuclear agreement, and the Treasury Department can impose new sanctions on Iran over its missile development.

Leader of the Islamic Revolution Ayatollah Seyyed Ali Khamenei has made it clear that Iran would consider any new sanctions a breach of the JCPOA.

In an October letter to President Rouhani, outlining his conditional approval of the JCPOA, the Leader said that in case of a violation, “the government would be obliged to take necessary measures and halt JCPOA activities.”

On Friday, Dehqan said, “Iran’s missile capabilities have never been the subject of negotiations with the Americans and will never be.”

“Iran’s defense power is a guarantee for security and stability in the region,” he added.

Iran tested a conventional missile in October, prompting several politicians in the US to call for fresh sanctions on the Islamic Republic.

Senior nuclear negotiator Abbas Araqchi said the test did not violate the July nuclear accord.

“The Iranian nation should know that our missile depots and long tunnels are filled with missiles ready for launch,” he told worshipers before Friday Prayers in Tehran.

Salami reiterated IRGC’s denial of a rocket test near US warships in the Strait of Hormuz.

“We tell the Americans we are so powerful, strong, brave and realistic that if we launched a missile, we would publicly announce it,” he said.

“The Americans must know that our tactics are a function of our strategies and we will not engage in any blind action. Whether they are scared or worried is not our business,” Salami added.

On Thursday, the Wall Street Journal said the White House had delayed plans to slap new sanctions on Iran but the measures remained on the table.

“This measure by the American government and stepped-up sanctions will adversely affect the Islamic Republic of Iran’s good will but it will not go unanswered by the state officials,” he said.