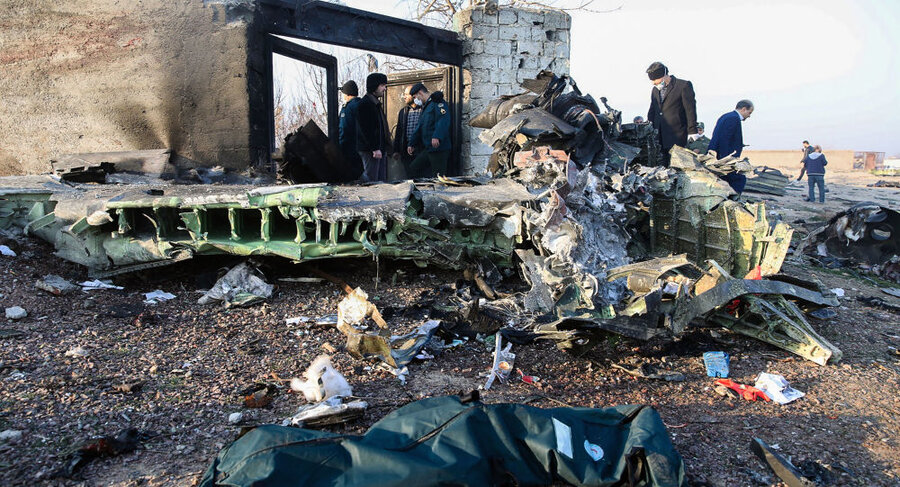 Iran's Deputy Foreign Minister Mohsen Baharvand has strongly criticised a report by a special Canadian team that accused Tehran of incompetence and recklessness over the Ukrainian passenger plane crash in Iran last year.

“As we see, even Canadians confirmed the fact that firing at the aircraft was not intentional,” said Mohsen Baharvand, the Iranian Deputy Foreign Minister for Legal Affairs.

“Part of the report that criticises the findings of the Iranian investigation team on the incident is technically baseless, and therefore unacceptable. Iran sent its draft report to the [involved] countries within the legal time limit before publishing it, and they sent back their opinion on the report.

Everyone should know that experts from the US, the UK and France, though we disagree with them politically, kept their opinions within the specialised and professional limits and were positive regarding the professionalism of the report by our country’s investigation team on the incident and appreciated it. Accordingly, even the ICAO has put the implementation of the Iranian team’s recommendations on improving aviation safety on its agenda.”

Baharvand stressed that even Canada, as a consultant to Ukraine, sent its technical opinion. He said the Iranian investigation team, in their final report, took most of the Canadian viewpoints, on strengthening the text, into consideration, as long as they helped with the technical investigation.

Baharvand added that Iran has also published the full text of the reports by Canada and Ukraine. The deputy foreign minister said they were published, as attachments to Iran’s own report, for the information of the public and experts to address any possible doubts.

“As one can easily verify, in the technical opinion we received from Canada, there existed no such newly-raised general and unintelligible points and comments,” he said.

“Any beginner in the field of aviation knows that Canada’s views were obtained as a consultant to Ukraine and were considered once; therefore, in legal terms, they have no competence to issue one-sided and arbitrary reports or viewpoints on the aviation incident report, outside their area of jurisdiction, in another country. If this highly politicised and illegal behaviour by Canada becomes the norm, all countries and even the civil aviation industry would be hurt,” he said.

Baharvand also said the Ukrainian plane incident in Iran would not be the first and the last aviation incident in the world.

“Imagine in each aviation incident, other countries ignore the regulations and protocols on investigation of the incident and try to exert political pressure, unilaterally and outside existing frameworks, on the country where the incident has happened. Based on the Chicago Convention, if they had new information, they should have handed it to the Iranian investigation team, and should not have engaged in fruitless media and political campaigning,” he said.

Baharvand also dismissed the Canadian prime minister’s threat to refer the case to the International Court of Justice.

“Such uninformed comments are more rooted in pressure by Canadian politicians than in the realities of the aviation industry. In the process, they expected to net an opportunity, in terms of public opinion, for themselves, but of course they failed,” he said.

“Personally, I have no concern regarding these baseless threats. Iran has fulfilled its commitments under the international law and henceforth, gradually and based on its own schedule, is pursuing and implementing its commitments.”

The deputy foreign minister stressed that Iran has adequate expertise, documents and evidence at hand to make the necessary clarifications, “easily and in a fully substantiated and legal manner”.

“Of course, if Canada or any other country, interacts with Iran, within the framework of law and mutual respect, as is the norm in diplomacy and international relations, it will receive a constructive response from Iran, as during the recent meeting of the executive council of ICAO, the Iranian delegation backed Canada’s proposal on improving aviation safety (the Safer Skies Initiative). But, on the other hand, if this country, or any other country seeks to exit the framework of law and diplomatic norms and uses illegal language and threats, or moves to exploit specialised issues or human emotions to hurt our national interests, we will definitely stand up against them,” Baharvand said.

“What is very important to us is the condition of respectful families, who have lost their loved ones in this harrowing incident. We have repeatedly expressed regret over the incident. We know anything we do cannot reduce the pain and suffering of a family, which has lost its loved one.

At the same time, the inherent duty of the foreign ministry is to defend the national interests and acting exactly in accordance with international laws and obligations.”