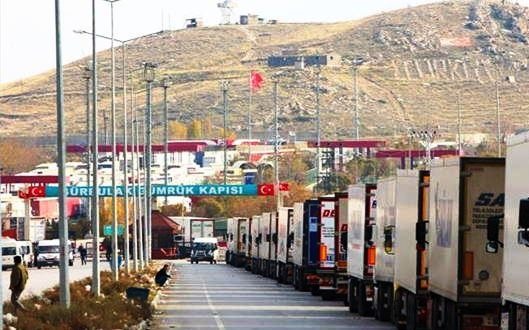 Iran has conferred with the Azerbaijan Republic and Turkey on ways of promoting mutual trade cooperation amid the coronavirus outbreak.

In separate phone calls with deputy prime minister of the Azerbaijan Republic as well as the Turkish trade minister, the chief of staff of Iranian President Hassan Rouhani also discussed with them ways of addressing commercial problems caused by the coronavirus epidemic.

In their phone conversation, Shahin Mustafayev of Turkey and Mahmoud Vaezi exchanged views on ways of expediting the settlement of problems which have emerged with regards to the transportation of goods via rail, sea and land between the two countries as a result of the coronavirus outbreak.

Accordingly, the two sides agreed to immediately address the problems and facilitate the trend of trade and transit of commodities between the two countries based on a health and hygiene protocol that has been drawn up.

Also, the deputy prime minister of the Azerbaijan Republic and the Iranian official talked over the phone about the problems facing Iran-bound trucks which are stranded at Turkmenistan’s borders. They also discussed the movement of Iranian trucks on Turkish and Bulgarian borders, trucks which are heading to Mersin port city in southern Turkey to load perishable goods.

The two sides agreed to solve the problems faced by trucks carrying perishable goods and to continue the trend of transportation of commodities between the two countries within the framework of the health and hygiene protocol.