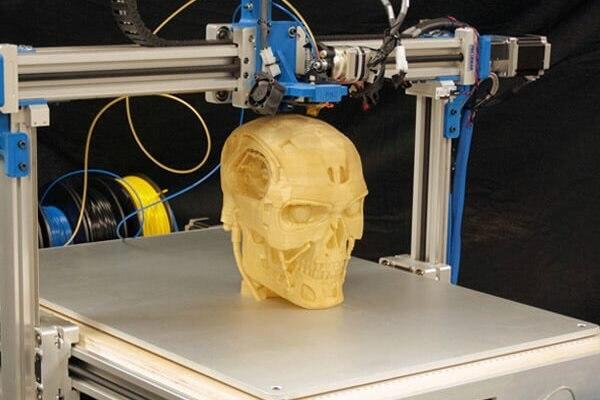 Iranian researchers at a knowledge-based company have produced 3D printers that are as high quality as European models.

The company has been able to build several models of these 3D printers by relying on native power and knowledge.

3D printing involves a set of processes that bind materials in a controlled manner to form a 3D object. Usually this is done in layers.

The “Delta Device” is a 3D DLP desktop printer. Its high speed and high quality coupled with its low cost and convenient use make it the most suitable device for designers and gold workshops as well as dental laboratories.

The Delta has Remote Control (WIFI) capability as well as an industrial computer and touch screen that can transmit information offline and by flash memory.

It does not need large volume of resin for printing. The device works with minimum resin in a 200 grams tank. Easy and fast replacement of materials makes 3D Dreams machines the most efficient 3D printers.

“The Beta Device is a first-level industrial device among the world’s three-dimensional DLP printers. With its large plate size, high production volume and the highest level of quality and accuracy, it meets all the needs of large manufacturing and gold workshops,” said the CEO of the company.

“Beta” has been able to achieve the highest degree of print accuracy and surface quality with optomechanical processing and advanced image processing techniques, and minimizes the use of resin by having an auxiliary mechanism to save on resin consumption.

“Beta” with superior precision has been able to achieve the highest surface quality and minimize the gold fraction in the polishing phase, added the CEO.

In addition to the aforementioned devices, the company also manufactures two Alpha and Landa devices each of which has its own applications.

With the production of these products jobs have been directly created for six people.

The CEO of this knowledge-based company pointed to the price difference of this product and similar ones made in Germany saying that its price is about one-fourth of the European sample.