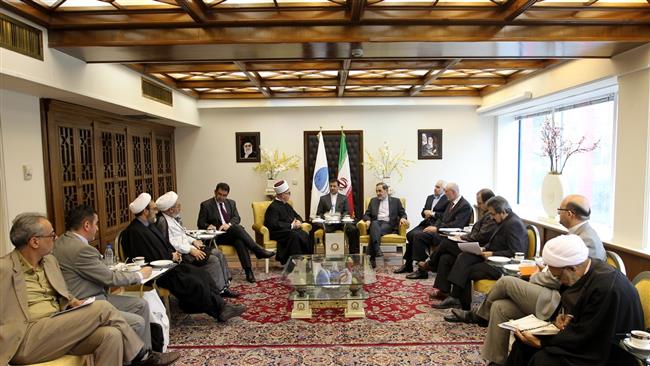 Velayati said Iran’s refusal to allow inspection of its military sites and agree to interrogation of Iranian nuclear scientists are the two conditions set by the Islamic Republic.

A senior Iranian official says the Islamic Republic is determined to continue negotiations with six world powers over its nuclear program, expressing optimism about a positive outcome of the talks.

“The Islamic Republic of Iran is determined to proceed with nuclear negotiations and is highly hopeful that these talks would end in positive and favorable results for Iran,” Ali Akbar Velayati, a top advisor to Leader of the Islamic Revolution Ayatollah Seyyed Ali Khamenei, said in a meeting with Jordanian media crew in Tehran on Sunday.

He, however, emphasized that Iran would never bow to “any imposition” in the nuclear talks.

The official said Iran’s refusal to allow inspection of its military sites and agree to interrogation of Iranian nuclear scientists are the two conditions set by the Islamic Republic in the talks with world powers.

On May 20, Ayatollah Khamenei said Iran would not allow any inspections by foreigners of its military sites.

Velayati expressed hope that the ongoing talks between Iran and the five permanent members of the UN Security Council – the United States, France, Britain, Russia and China – plus Germany would bear fruit before June 30, the deadline set by the two sides for a final deal.

He, however, cast doubt on the outcomes of the talks if the US makes excessive demands.

Iran and the P5+1 group of countries are seeking to finalize a comprehensive deal on Iran’s nuclear issue. The two sides have been working on the text of the potential deal ever since they reached a mutual understanding on its parameters in the Swiss city of Lausanne on April 2.