“Iran Derives Stability from Its People, Not from Coalitions”

Amid US President’s trip to Saudi Arabia for talks on forming a regional coalition with Arab states, Iranian Foreign Minister Mohammad Javad Zarif says the Islamic Republic derives its stability from the people who vote, not from such coalitions.

“We derive stability not from ‘coalitions’, but from our people, who – unlike many – do vote,” Zarif said in a post in his Twitter account on Saturday.

“Iranians must be respected,” the Iranian top diplomat said, stressing that the nation is ready to engage [with other nations in the region].

His remarks came as US President Donald Trump is going to attend a meeting with heads of 50 Arab states in Riyadh which is aimed at forming an alliance called the “Islamic NATO” in order to counter Iran.

Based on speculations by Western media, Trump is also trying to encourage Saudi Arabia to strengthen their relations with the Israeli regime in order to better tackle their common enemy, Iran. 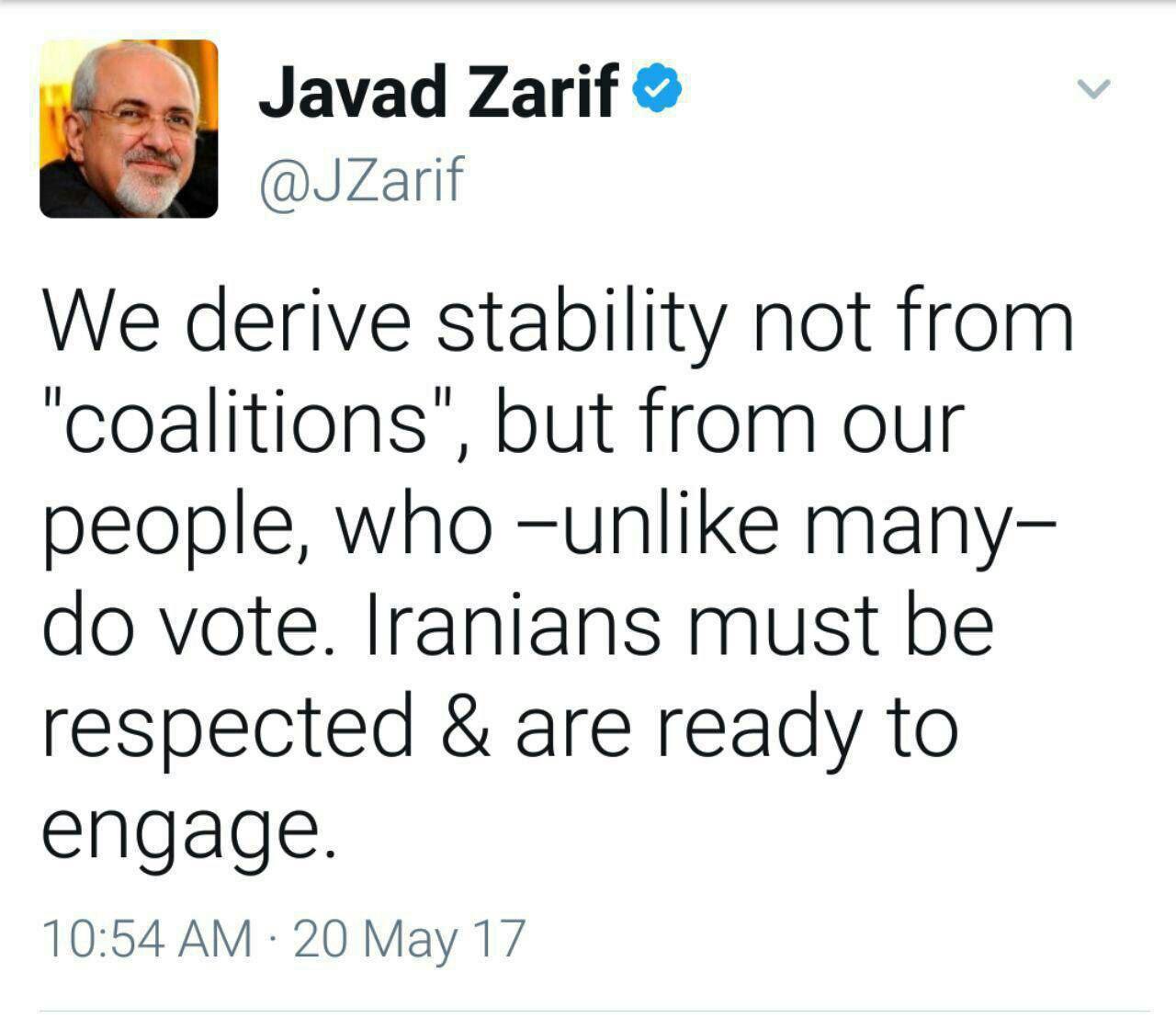