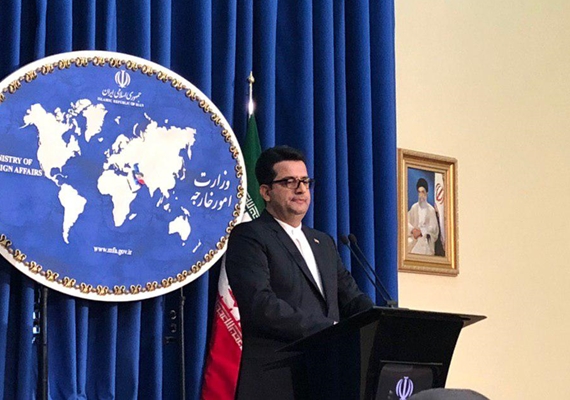 Spokesperson for the Ministry of Foreign Affairs of the Islamic Republic of Iran Seyyed Abbas Mousavi has strongly criticized certain members of the Non-Aligned Movement (NAM) for breaking a consensus about opposition to the US sanctions against Iran.

In a statement on Wednesday, Mousavi described the outbreak of coronavirus as a global challenge, saying all countries must be able to fight against the pandemic without any restriction.

Highlighting the international measures taken by the Ministry of Foreign Affairs to remove the obstacles to Iran’s battle with the coronavirus epidemic, the spokesperson said, “As part of the efforts, the Ministry of Foreign Affairs of the Islamic Republic of Iran made a request from the Member States of the Non-Aligned Movement through the Republic of Azerbaijan, which holds the rotating presidency of NAM, that the movement voice opposition to the US’ unilateral sanctions in a statement and call on that country (the US) to halt its illegal and unilateral sanctions against our country for the purpose of fighting against the coronavirus as a global challenge.”

“Unfortunately, a number of Member States of the (Non-Aligned) Movement, including Saudi Arabia, Bahrain, Morocco, Hadi’s regime in Yemen etc. officially opposed the issuance of that statement and have ruined the consensus among the NAM (Member States),” the spokesperson added.

Mousavi then expressed the Islamic Republic of Iran’s appreciation of the countries that have voiced solidarity and sympathy with Iran in the battle with the outbreak of the dangerous virus, adding, “Meanwhile, it’s a great pity that a couple of Arab and Islamic governments, which are mainly our neighbors, have taken such measure against the people of Iran under such perilous circumstances, have disregarded the requisites of good neighborliness in the international relations, and have disdained the age-old traditions of neighborliness and friendship among the Muslims. This is while the interruption or failure of the battle with such global epidemic will turn it into a global catastrophe and no country will be immune (from it).”