Iran Denies Asking for Negotiation with US 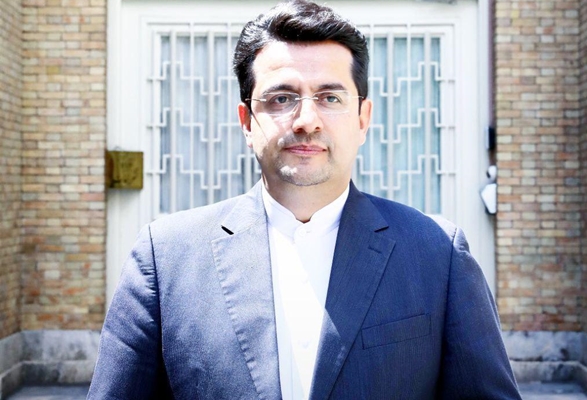 Iranian Foreign Ministry Spokesman Seyyed Abbas Mousavi has dismissed claims by certain foreign media outlets about Iran’s request for negotiation with the United States, and the beginning of Tehran’s talks with Riyadh, describing them as “inaccurate and unfounded”.

In a Saturday statement, Mousavi emphasised that Iran has made no request for talks with the United States, and in the case of Saudi Arabia, there is no negotiation underway between the two countries, except on Hajj issues that the two sides have agreed to separate from their bilateral political issues.

“The policy declared and implemented by the Islamic Republic of Iran regarding its neighbours is totally clear and based on mutual respect, good and peaceful neighbourliness, cooperation and dialogue,” added Mousavi.

“All neighbours of Iran that look at regional and global developments and facts realistically are among the priorities of the Islamic Republic for constructive relations with mutual respect.”

He further noted that from Iran’s point of view, Saudi Arabia is an important country in the region, which has been moved in the wrong direction over the past years with an unconstructive approach, and this has caused many disasters and crises in the region.

The spokesman expressed hope that the Saudi officials would return to an honest and benevolent approach towards the people of the region. “Definitely in that case, as always, the Islamic Republic will be ready to interact with the [Arab] country within the framework of regional and mutual cooperation.”

His remarks came after certain media reports claimed that Iran has signaled readiness for negotiations with the US, and that it has also kicked off its talks with the Saudi government.

Iran’s Foreign Minister Mohammad Javad Zarif offered publicly on Wednesday to negotiate a prisoner exchange with the United States, saying he had been authorised to conduct such talks.