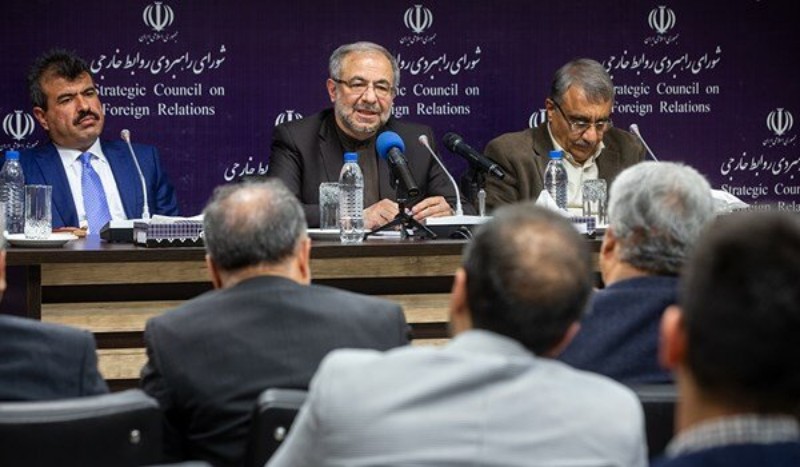 A senior Iranian diplomat says Tehran has turned down an invitation to take part in a meeting on Afghanistan that was held in Moscow and included the US.

“A four-party meeting was held in Moscow with China, the US, Russia and Pakistan in attendance, and Iran was also invited to take part in the session, but the Islamic Republic declined the invitation considering the definite policy on Afghanistan,” he said.

“Moreover, a meeting on Afghanistan was held in China, and representatives from China and Russia came to Tehran to encourage Iran (to attend the meeting), but we did not attend that meeting either, and we would definitely not go to any venue that excludes the Afghan government,” Mousavi added.

He also decried the US government’s peace plan for Afghanistan, saying the Special Representative for Afghanistan Reconciliation at the US State Department Zalmay Khalilzad was pursuing a “dangerous initiative” for peace between the US and the Taliban, which was brought to a halt by US President Donald Trump.

Pointing to Khalilzad’s recent visits to different countries for the resumption of the peace talks, the Iranian diplomat said, “Khalilzad met (representatives of) different countries in a visit to Brussels, and finally a 17-article communiqué was issued, which appears to have been accepted by the international community as a manifestation of peace in Afghanistan and which has major difference with Khalilzad’s scheme.”

“Considering that the contents of the Afghanistan peace talks have changed significantly, Iran is likely to take part in the future meeting of China, the US, Russia and Pakistan,” he added.

Mousavi emphasized that the primary condition for any peace plan in Afghanistan must be the acceptance of a ceasefire as the basis for any lasting peace.

In Doha, Khalilzad rattled the pillars of a political system that had been formed in Bonn, the Iranian diplomat deplored, adding that the quadripartite meeting in Moscow that excluded the Afghan government has also undermined the achievements of the Bonn conference.

“At the Doha conference, Khalilzad questioned bodies such as the (Afghan) parliament, government, judiciary and particularly the constitution,” Mousavi deplored.

The third dangerous plot put forward by the US special representative at the Doha conference was replacing the national with the international legitimacy, he noted, adding, “The US, Russia, China and Pakistan are seeking to shape the future political system of Afghanistan, while such a decision must be made by the Afghan people, and it is really dangerous that foreign countries would decide for the people of another country.”

Mousavi then turned to Khalilzad’s fifth troubling initiative, saying he sought to convince the US officials to terminate the Bilateral Security Agreement that had been formally signed between the US and Afghanistan, but his insistence angered the US Congress.

“The Islamic Republic of Iran has made it crystal clear that it won’t attend any negotiation that excludes the Afghan government,” the Iranian diplomat underlined.

Denouncing Khalilzad’s plan as a “continuation of war in Afghanistan”, Mousavi said only the people of Afghanistan are entitled to decide their fate.

“If the foreign countries seek to impose peace (on Afghanistan), this will be doomed to failure, and Iran will never take part in such plan,” he stated.

The Iranian diplomat finally urged that the winner of the Afghan election should continue Ashraf Ghani’s peace plan, considered by Tehran as the “Kabul Peace Plan”.

The Kabul Peace Plan derives from Afghanistan’s legitimate political system and must be pursued for a lasting peace in that country, he concluded.