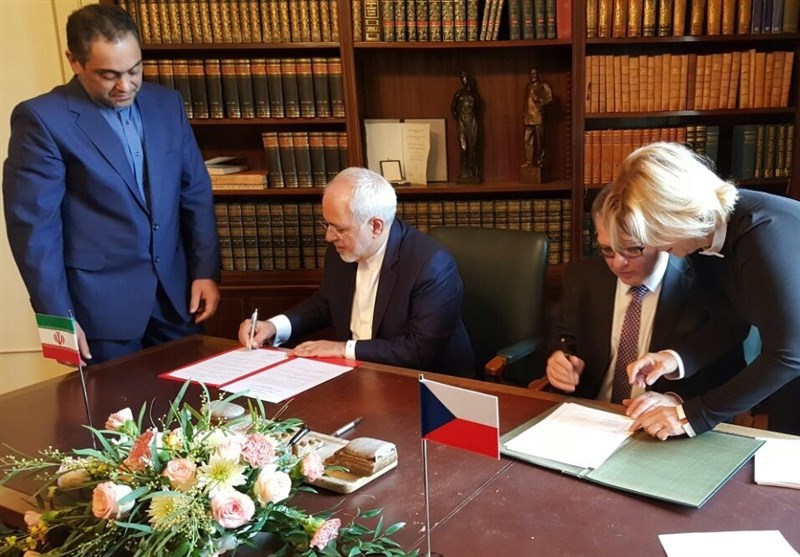 The foreign ministers of Iran and the Czech Republic inked a memorandum of understanding (MoU) in Prague during the Iranian top diplomat’s visit to the Eastern European country.

Following a meeting to discuss bilateral ties and regional and international developments, Mohammad Javad Zarif and his Czech counterpart, Lubomir Zaoralek, signed the MoU on holding regular political consultations between the two countries. They also held a joint press conference after the meeting. Zarif arrived in Prague on Thursday night as part of a tour of Eastern Europe, which earlier took him to Romania and Slovakia.

On Monday, Iranian Foreign Ministry Spokesman Bahram Qassemi said that Tehran and Prague are going to upgrade diplomatic ties to the ambassador level.

He added that the charges d’affaires of the two countries have been proposed for the position of ambassador.