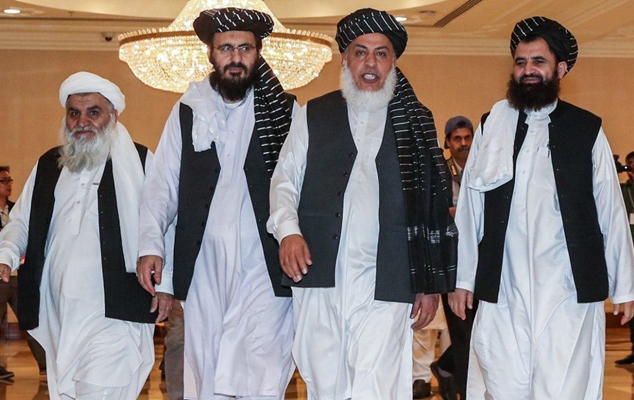 Iran’s Foreign Ministry Spokesman Seyyed Abbas Mousavi says a delegation from the Afghan group of Taliban recently visited Iran within the framework of the Islamic Republic’s inclusive consultations with all parties in Afghanistan.

In their visit to Iran, the Taliban political delegation held talks and exchanged views with relevant Iranian authorities on the latest developments of Afghanistan, Mousavi said on Tuesday.

Mousavi’s comments came after a report that members of Taliban’s Qatar-based political bureau have visited Iran following their trip to Moscow.

The delegation has reportedly conferred with a number of political and foreign ministry officials of Iran on the Afghan peace talks, the intra-Afghan negotiations, and the breakdown of US-Taliban negotiations.

A senior Taliban leader in Qatar had earlier said, “The purpose of these visits is to inform leaders of these countries about the peace talks and [US] President [Donald] Trump’s decision to call off the peace process at a time when both sides had resolved all outstanding issues and were about to sign a peace agreement.”

“They thought that to kill people in order to put themselves in a little better negotiating position when they did that they killed 12 people … And you can’t do that can’t do that with me. So they’re dead as far as I’m concerned,” he said.