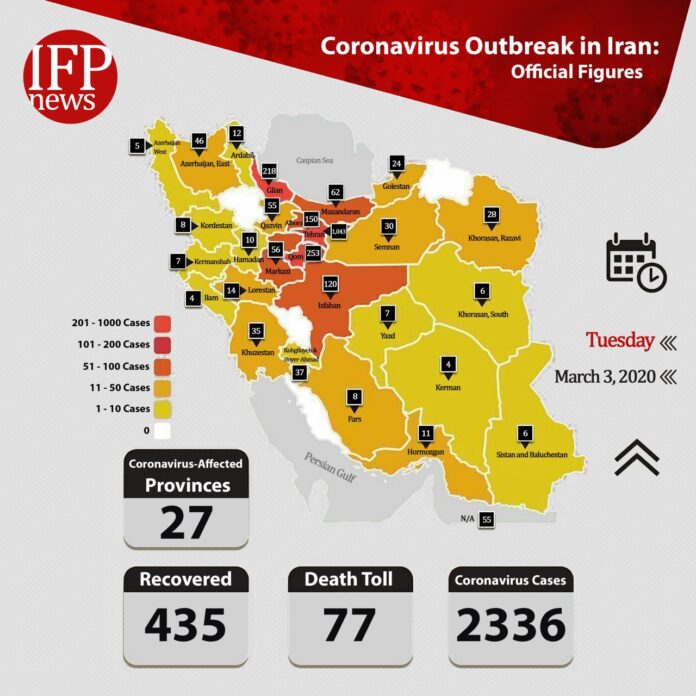 The Health Ministry announced on Tuesday that the new cases confirmed in past 24 hours increase the total number of infections to 2,336.

It also said that 77 people have so far died of the disease in the country while 435 have recovered.

The new figures reduce the country’s COVID-19 fatality rate to 3 percent, down from the nearly 20 percent in the early days of the outbreak.

Unlike previous statements, the Health Ministry on Tuesday did not elaborate on the exact location of the new cases, but stressed that Tehran, Qom and Gilan still have the highest number of infections.

COVID-19 in Iran: Number of New Infections Drops for 10th Day in Row