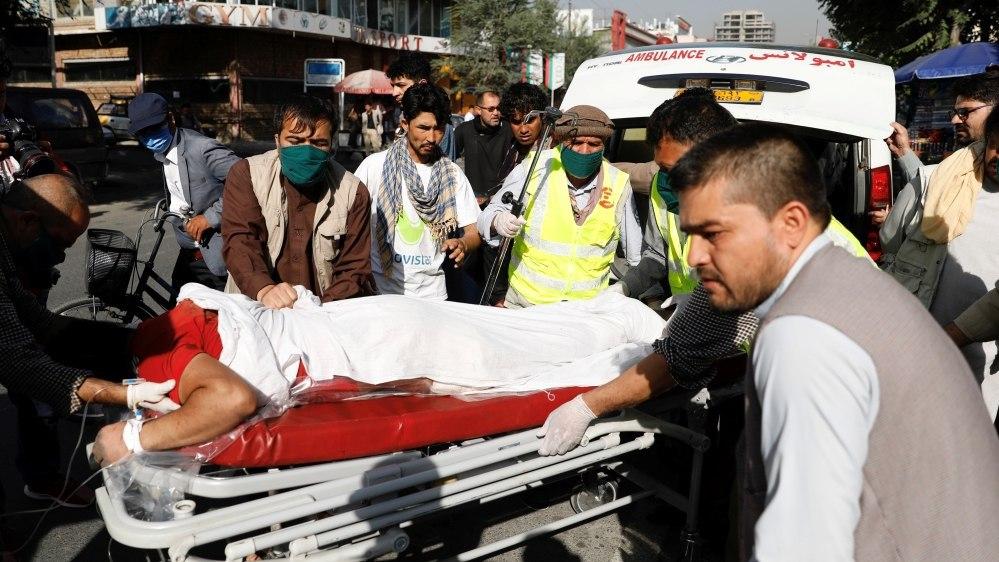 Iranian Foreign Ministry Spokesman Saeed Khatibzadeh has condemned the Wednesday terrorist attack against the Afghan vice-president's convoy, which killed at least 10 civilians and injured 15 others.

In a statement, Khatibzadeh described the assassination attempt as a move made by the enemies of Afghanistan’s peace and stability given the imminence of intra-Afghan negotiations.

The Taliban, who have pledged not to launch attacks in urban areas under a deal with the United States, denied responsibility.

In a video posted on Facebook soon after the explosion, Saleh, with bandages on his left hand, said he had been travelling to his office when his convoy was attacked.

Saleh, a former intelligence chief and an outspoken Taliban critic, has survived several assassination attempts, including one on his office last year ahead of presidential elections that killed 20 people.

There was no immediate claim of responsibility for the bombing, which comes just before long-awaited peace talks between the Afghan government and the Taliban in Qatar’s capital, Doha.