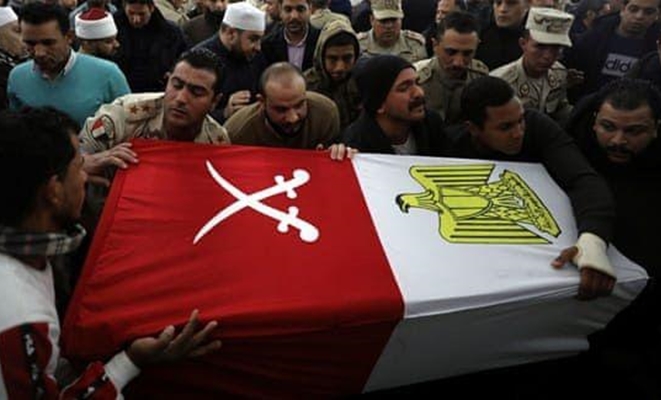 In a Monday statement, Qassemi offered condolences to the families of the victims, and wished speedy recovery for those wounded in the attack, whose responsibility was claimed by the ISIS terrorist group.

“Terrorism is a common threat to all regional states, and fight against this inauspicious phenomenon needs honest will and joint effort by all countries,” he added.

A Saturday attack on the Egyptian army checkpoint in the restive Sinai caused 15 casualties, while seven of the suspected ISIS fighters were killed, the military said.

The breakdown of the military casualties was not immediately clear. Two security sources told the Reuters news agency some of the injuries were serious.

The ISIS claimed responsibility for the attack through its Amaq website. The armed group said it killed at least 15 Egyptian troops, revising an earlier figure of 20 dead south of the provincial capital of Arish after clashes with “various kinds of weapons”.