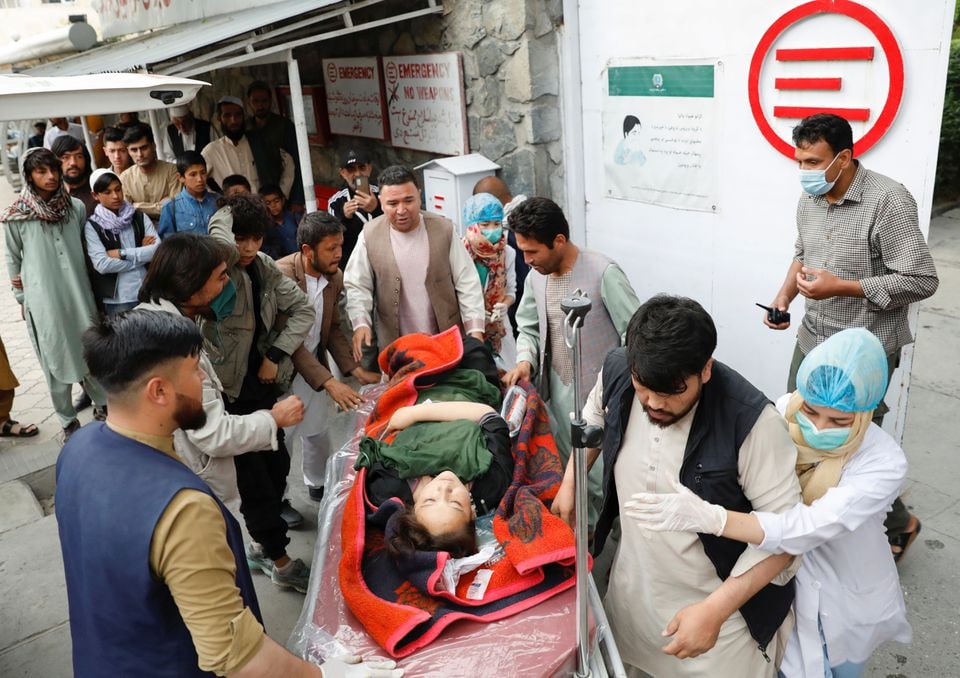 Iran's Foreign Ministry Spokesman Saeed Khatibzadeh has condemned the terrorist attack against a school for girls in Western Kabul, which killed and wounded dozens of students.

In his Saturday statement, Khatibzadeh expressed disgust at the act of terrorism which targeted ordinary people, particularly students.

He also offered condolences to the relatives of the victims, and wished recovery for those injured in the terrorist attack.

The bombing has so far killed at least 25 people and wounded more than 50, according to the Interior Ministry. The attack struck at the end of the school day and many of the casualties appear to be students.

Images of the scene aired on local media show young women in school uniforms lying in the normally busy street, surrounded by backpacks and notebooks mixed with debris.

The attack is the deadliest to strike the Afghan capital in months and comes a week after US and NATO forces began their full withdrawal from the country. Violence has risen across Afghanistan since the start of the withdrawal.

Much of the increased violence is due to Taliban attacks on vulnerable government-held towns and cities.

While Taliban has condemned the Saturday attack and denied any responsibility for the incident, Afghan President Ashraf Ghani blames the militant group.

“The Taliban, by escalating their illegitimate war and violence, have once again shown that they are not only reluctant to resolve the current crisis peacefully and fundamentally, but by complicating the situation,” Ghani said.