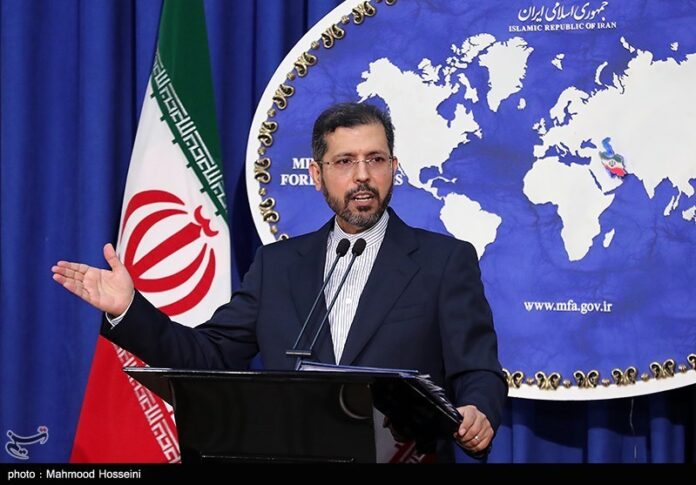 Iran’s Foreign Ministry spokesman condemned an attack on the building of the Islamic Republic’s Consulate General in the German city of Hamburg.

Foreign Ministry spokesman Saeed Khatibzadeh demanded the German government fulfill its obligation to take action seriously and responsibly to provide security for the diplomatic missions of Iran in Germany in line with the Vienna Convention.

Khatibazde said the German government is expected to take effective and sustainable measures to prevent the repetition of such acts of aggression while launching an investigation into the details of the incident and punishing the perpetrators of the attack.

Unknown attackers carried out an arson attack on the Iranian consulate in Germany’s Hamburg, according to the newspapers Bild and the Hamburger Abendblatt.

On Friday evening, the perpetrators hurled an incendiary device against a steel door that leads to the premises of the consulate in the Winterhude district, the police announced.
Property damage occurred at the entrance to the consulate, but no one was injured.