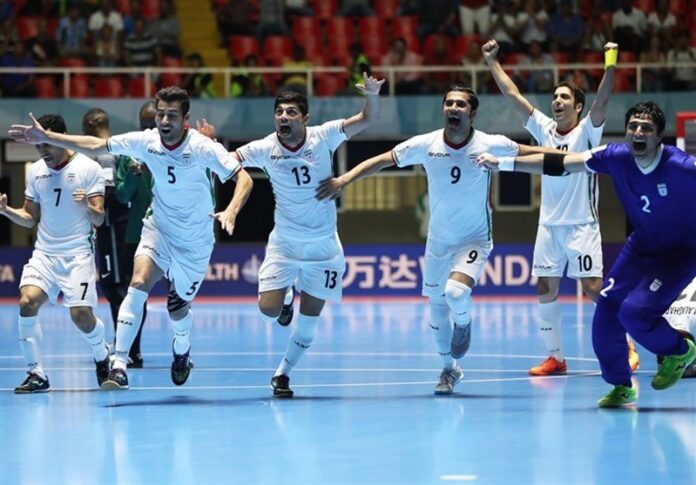 The Iranians came from two goals down to take the third-place match to a dramatic penalty shootout, where six rounds of spot kicks were needed to decide the contest.

Both sides created a good opportunity to open the scoring. Ahmad Esmaeilpour had Iran’s best chance, but his chip over Bebe also sailed over the crossbar. At the other end, Samimi did well to deny Cardinal at close range.

Cardinal scored a quick-fire brace within the first minute of the restart for Portugal.

It required six rounds of penalties to decide this encounter. Iran’s back-up goalkeeper Sepehr Mohammadi made a pair of big saves, but his team-mates twice hit the woodwork with their spot-kick efforts.

Then after Portugal’s Joao Matos hit the post with his sixth-round penalty, Mehdi Javid stepped up to convert his spot-kick and ensure Iran’s best-ever finish to a Futsal World Cup, surpassing its fourth-place accomplishment at Hong Kong 1992.