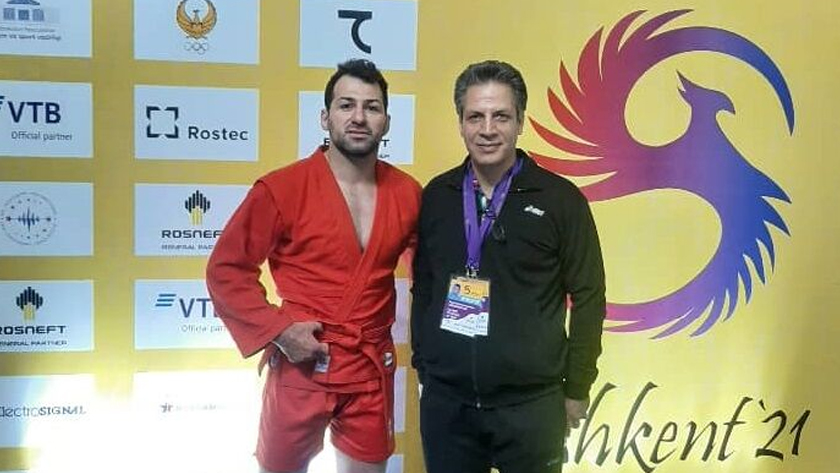 Saeedi-Madani, an Iranian athlete, won a bronze medal at the 2021 World Sambo Championships in Uzbekistan to become the first Iranian sambo medalist in the World Championships.

The World Sambo Championships kicked off in Tashkent, Uzbekistan, on Friday (November 12th) and are currently underway.

In the classification match, Saeedi-Madani took the lead from his opponent to reach third place and the bronze medal.

This was Iran’s first Sambo medal in world competitions.

Sambo is a Soviet martial art, an internationally-practiced combat sport, and a recognized style of amateur wrestling included by UWW in the World Wrestling Championships along with Greco-Roman wrestling and freestyle wrestling.