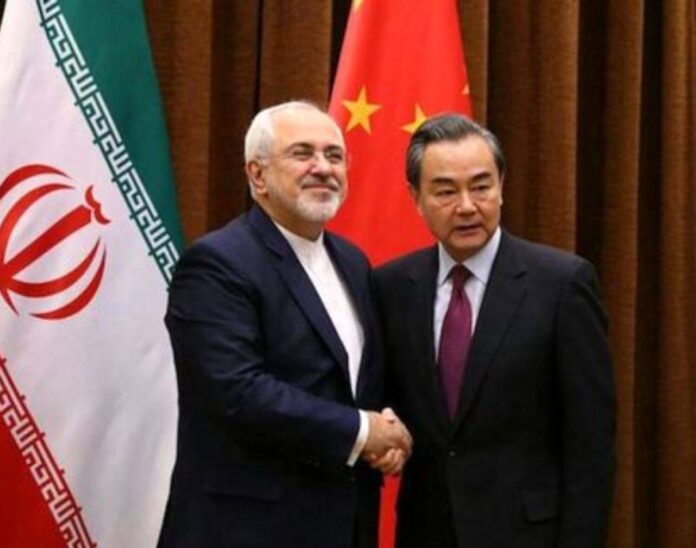 The Foreign Ministers of the Islamic Republic of Iran and the People’s Republic of China exchanged messages on the occasion of the 50th anniversary of the establishment of diplomatic relations between the two countries.

In his message to Wang Yi, who is member of the Chinese State Council and Minister of Foreign Affairs of China, Mohammad Javad Zarif congratulated him, the government and the civilised nation of China on this occasion.

“I am very pleased that on the fiftieth anniversary of the establishment of diplomatic relations between Iran and China, we are witnessing a wealth of fruitful achievements that have provided a great platform for deepening cooperation between the two countries at bilateral, regional and international levels,” said Foreign Minister Zarif.

He further noted that the growing trust between the two countries is well reflected in their comprehensive strategic partnership.

“The signing of the comprehensive strategic plan confirms the long-term view of Iran and China on bilateral relations and the serious determination of the leaders of the two countries to develop and deepen all areas of cooperation.”

“I believe that in the sixth decade of relations, the Ministries of Foreign Affairs of the two countries can strengthen the existing consultative mechanisms aimed at improving ties, and put global stability, and close and comprehensive consultation on regional and international issues on their agenda to strengthen peace,” Zarif emphasised in his message.

For his part, Wang Yi, in his message to Mohammad Javad Zarif, congratulated him on the 50th anniversary of the establishment of political relations, stating that China-Iran relations in the past 50 years have enjoyed continuity, progress and development.

“While continuously deepening political trust and increasing cooperation in various fields, the two countries have worked closely and collaborated in international and regional affairs and helped each other in maintaining unity during the fight against the coronavirus, deepening the friendship between the two nations,” stressed Yi.

“I am ready to work with you, and on the occasion of the 50th anniversary of political relations, bring new achievements for the comprehensive strategic partnership between China and Iran,” Wang Yi said in his message.